Kim Jae-won on the job 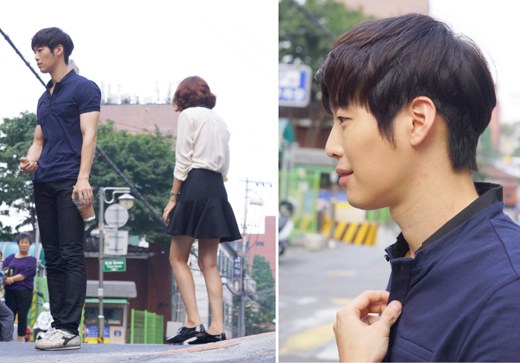 Kim Jae-won was seen behind the scenes.

Enterprise released pictures of the actor at work in the eighteenth episode of the MBC drama "Scandal" where Woo Ah-mi (Jo Yoon-hee) saves Ha Eun-joong (Kim Jae-won) from a bike that's running towards them.

The pictures show the staff and cast busy at work, rehearsing the routines before the actual shoot.

Kim Jae-won is discussing the scene with the staff for a safe scene.

Netizens say, "He's such a nice actor", "He's got a good sideline" and more.

Meanwhile, "Scandal" can be seen every Saturday and Sunday at 10PM on MBC.

"Kim Jae-won on the job"
by HanCinema is licensed under a Creative Commons Attribution-Share Alike 3.0 Unported License.
Based on a work from this source