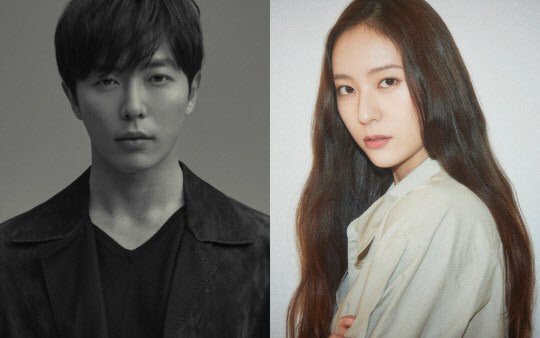 "Crazy Love - 2022" depicts a sweet and bloody crazy romance between a scumbag representative who plays amnesia in a murder notice and a his assistant who acts as his fiancé at a death sentence.

Jung Soo-jung who debuted in 2009 as f(x) member Krystal has been reviewed for her steady acting in "High Kick 3, The Short Legs Counterattack", "The Heirs", "Prison Playbook" and others.

Meanwhile, the romantic performance between the two in "Crazy Love - 2022" is expected to premiere early next year and it will be released overseas through global streaming platform iQIYI.