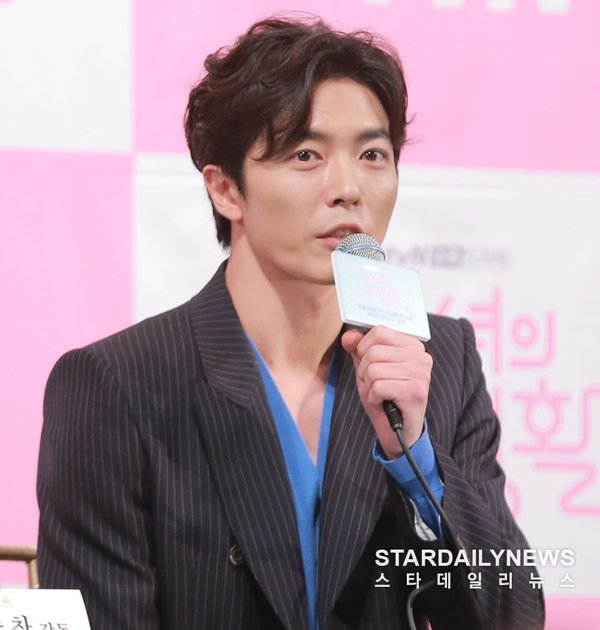 Kim Jae-wook's value is standing out.

While he displayed unique appeal in melodramas and genre dramas, his seasoned acting skills have made him the rising rom-com king. His performance in his first leading tvN romantic comedy, "Her Private Life", is so good that people are wondering why he waited so long to be in one.

His chemistry with Park Min-young alone is enough to make someone's heart thump, but their intimate scenes get more and more intense with every episode.

All of this is thanks to Kim Jae-wook's solid base in sensitive emotional performance.

When Ryan (Kim Jae-wook) met his biological mother, Eun-yeong (Lee Il-hwa), and told her about his existence, he gripped his fists, which showed his resentment for his mother who abandoned him, but also the love for his mother who he thinks didn't have a choice but to do what she did back then.

His emotions were well delivered. The tears he cried when he felt more and more confused about his past, affected the viewers. The moment he reunited with his biological mother, the tears he cried, the intensity in his eyes and his voice, all of it carried overwhelming emotion in Kim Jae-wook's performance.

There are two more episodes left in "Her Private Life".

"Kim Jae-wook, Emotional King Rather Than Rom-Com King "
by HanCinema is licensed under a Creative Commons Attribution-Share Alike 3.0 Unported License.
Based on a work from this source