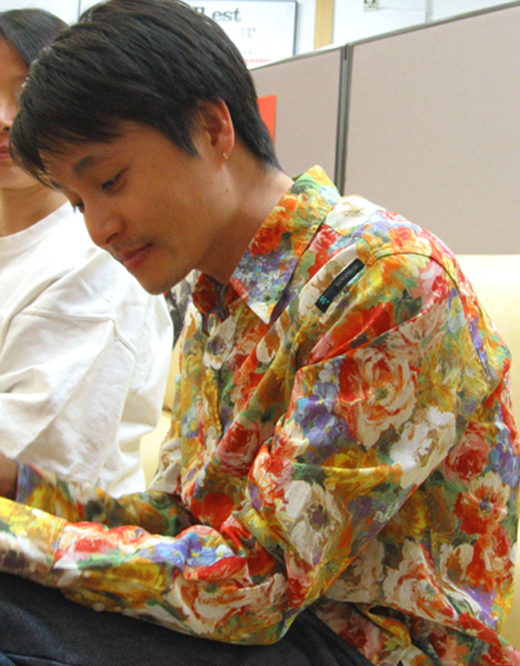 Kim-Jho Gwang-soo (46) made an announcement to marry a 19 years younger male and has been an issue.

Announcing his marriage on the 15th, he also determined to get his marriage recognized by law. Not a transgender, he is the second to come out of the closet besides Hong Suk-chun in the entertainment industry and is well known as an earnest and progressive filmmaker.

He is a middle aged movie maker who established movie company Cheong Nyon Films and started being active in the mid 1990s.

Unique and mellow movie "Wanee and Junah" with top star Kim Hee-sun and rookie Joo Jin-mo was the movie that gave him the lift to fame.

This movie didn't succeed greatly but it was overwhelming in issue and was acknowledged as skilled for having cast Kim Hee-sun.

He didn't come out of the closet then but it was widely known that he was gay among movie makers. His intentions seemed definite when he kept bringing in gay police officers in the movie "Wanee and Junah".

He chased two hares at once as the recently produced "Detective K" gathered great success.

"Kim-Jho Gwang-soo, announces marriage with 19 years younger male, "shocking""
by HanCinema is licensed under a Creative Commons Attribution-Share Alike 3.0 Unported License.
Based on a work from this source