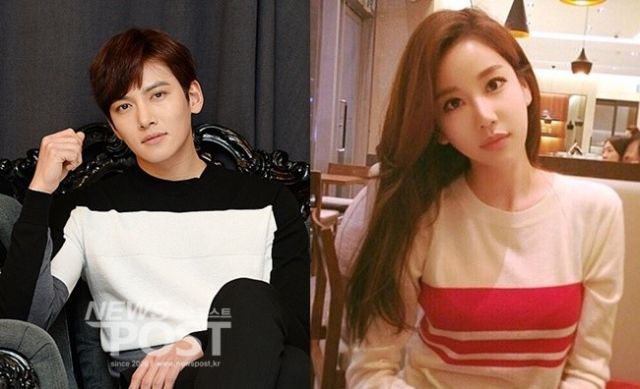 And the agency also said, "We understand some netizens edited and ompiled photos on purpose without confirming with the actor and the actress".

Ji Chang-wook's agency also said, "It's not true" and "Although Ji Chang-wook and Kim Joo-ri are close friends getting along with several mutual friends, however they are not in relationship", denying the rumor about relationship of the two.

Prior to the statement from the agencies, the rumors started spreading through bulletin boards of online communities. Netizens pointed out the two were wearing necklaces that seem to be an item shared by a couple and a same pair of sunglasses.

Ji Chang-wook started his career as a musical actor through "The First Single Act Festival", in 2007 and debuted as a full time actor through movie, "Sleeping Beauty" in the same year.

"Kim Joo-ri and Ji Chang-wook deny rumors about relationship "
by HanCinema is licensed under a Creative Commons Attribution-Share Alike 3.0 Unported License.
Based on a work from this source