Kim Jung-eun and Bae Doona To Have Singing Showdown

The two actresses Kim Jung-eun and Bae Doona, who have been beloved with their characteristic acting styles, will have a singing confrontation in a TV drama.

The two actresses have been cast in SBS TV's Monday and Tuesday drama "I Am Legend" and MBC TV's weekend drama "Gloria", and both will play singers in the two different dramas and show off their singing ability as well as acting abilities. 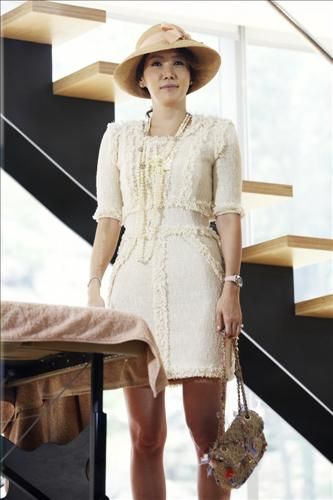 Kim Jung-eun will play the female lead named Jeon Seol Hee in the drama "I Am Legend" (written by Kim Yoon-jeong-I and directed by Kim Hyeong-sik), which will be the follow-up drama to "Coffee House", and the drama will air the first episode on August 2. Jeon Seol Hee is a character who had once been a leader who ruled the area of Wangsibni, and turned her life around by getting married to a decent family of lawyers. But, she ended up divorcing because she could not endure the pretentious atmosphere of her in-laws' house, and then she made up a musical band with other friends. Actress Hong Ji-min, Jang Shin-young, and Hyun Jyu-ni will play the members of the band along with Kim Jung-eun.

A spokesperson for the production company stated on July 13, "The four band members have practiced together from long time ago. They all have musical talent and enthusiastically participate in filming, so they are showing the best harmony as a team from the beginning".

In particular, Kim Jung-eun has already shown off her singing ability in the movie "Marrying the Mafia" and SBS TV's "Kim Jung-eun's Chocolate", but she reportedly determined to showcase her musical talent in earnest by appearing in this drama.

The spokesperson revealed, "We will portray a story of female characters who have a mental or emotional disorder as a result of repressed anger or stress. They will finally find their identity and stand up to this world by forming a legendary band and healing their disorder through music". 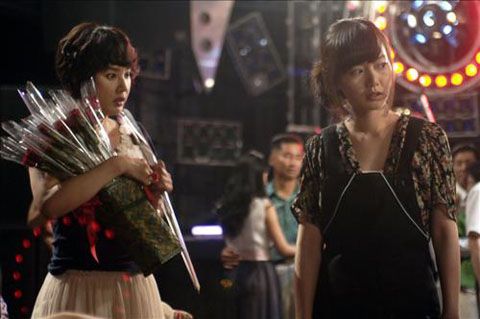 Actress Bae Doona made off with prizes in Japanese film awards at the beginning of this year by appearing in movie "Air Doll", and she has been cast as the female lead named Na Jin Jin in the drama "Gloria" (written by Jung Ji-woo, directed by Kim Min-sik)", which will begin airing from July 31 as the follow-up drama to "Dandelion Family". "Gloria" will portray a story of people who live fiercely while working in a nightclub. A thirty-year-old woman named Na Jin Jin works in the coatroom of the nightclub called "Into Memory". She always wanted to become a singer, and in an unguarded moment, she sings on the nightclub stage and develops a desire to become a singer. She has a sister (Oh Hyun-kyung), who was once a famous singer, but became disabled due to a sudden car accident. Her sister has only five-year-old intelligence and lives life by selling roses to guests in the nightclub. Na Jin Jin is a strong person for her sister and will continue her sister's dream as a singer.

Bae Doona appeared in the Japanese movie "Linda Linda Linda", which is about a female high school student band, in 2006, and sang the vocals for the band. In this coming-of-age movie, female high school students form a band following after the legendary Japanese rock band "Blue Heart", and Bae Doona portrayed Korean international student Song and showed off her talent in singing. Bae had decided to play the character because the character she played was actually a vocalist who does not have talent in singing. But, she had successfully shown gradual improvement in singing in the movie. Now, Bae Doona is recording a song for "Gloria", and receiving singing lessons from music composers.

Bae Doona said, "There will be many scenes that I sing in the drama including the scene that I sing a duet with once-famous singer Yeo Jung Nan (Na Young-hee)".

"Kim Jung-eun and Bae Doona To Have Singing Showdown"
by HanCinema is licensed under a Creative Commons Attribution-Share Alike 3.0 Unported License.
Based on a work from this source