Kim Jung-hwa cast as female warrior in "Gwanggaeto the Great" 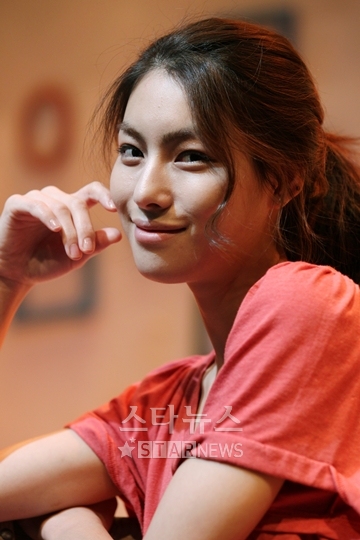 Actress Kim Jung-hwa has been cast for the "King Geunchogo" follow up, KBS 1TV historical drama "Gwanggaeto the Great" (written by Jo Myeong-joo and produced by Kim Jong-seon).

"Gwanggaeto the Great" is a historical drama that draw the time of the great King, Gwanggaeto and before Kim Jung-hwa, Lee Tae-gon and Jang Shin-young have been cast.

Kim Jung-hwa will be playing the Malgal tribe princess and a natural born female warrior Seol Ji. She is King Gwanggaeto's bodyguard and protects him to the very end.

Attempting at a historical drama for the second time since 2008 KBS 2TV "Land of wind", Kim Jung-hwa said, "I've wanted to challenge myself with a character like this one but there were no opportunities. I'm glad I can show another side of me through this character in this project. I will do my best to be a relating character".

Meanwhile, Kim Jung-hwa is in the middle of practicing martial arts. She has also had two accidents where she fell off her horse while horseback riding. However, she hasn't been taking a break and passionately preparing for her character.

"Kim Jung-hwa cast as female warrior in "Gwanggaeto the Great""
by HanCinema is licensed under a Creative Commons Attribution-Share Alike 3.0 Unported License.
Based on a work from this source