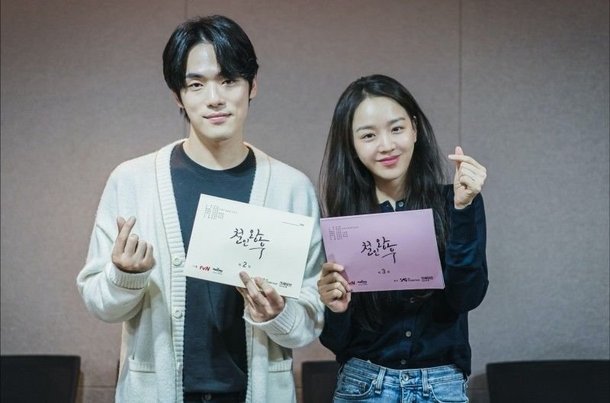 The new tvN drama "Mr. Queen" released pictures from the script reading on the 28th.

Kim Jung-hyun takes on the role of Cheoljong, a scarecrow king who has a lot of secrets. He looks loose on the outside but he's actually very sharp and sturdy on the inside.

His performance was overwhelming. He was deceitful but charismatic and he managed to balance the two-faced character very well.

His chemistry with Shin Hye-sun stood out. Shin Hye-sun plays Kim So-yong, the Joseon Queen. She plays a double role as a chef of Blue House as well. 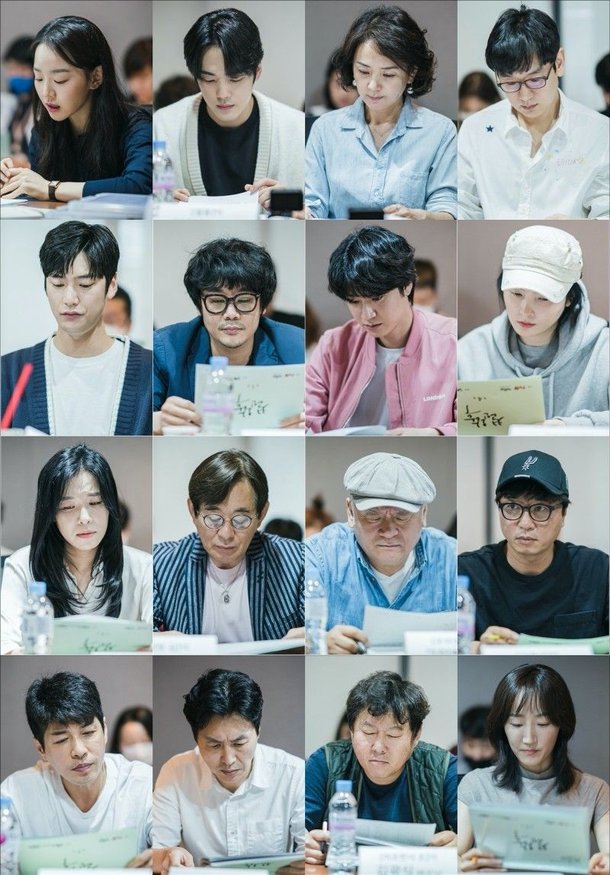 Their chemistry heated up the atmosphere. They dynamically portrayed the change in relationship between Kim So-yong and Cheoljong.

Bae Jong-ok takes on the role of Queen Soonwon. She's full of dignity but doesn't lose her cheerfulness.

The production said, "The actors brought out the charm of the characters and managed to highlight the comedy of a fusion historical drama".

It is produced by Yoon Sung-sik and written by writers Park Kye-ok and Choi Ah-il.

"Kim Jung-hyun and Shin Hye-sun at "Mr. Queen" Script Reading"
by HanCinema is licensed under a Creative Commons Attribution-Share Alike 3.0 Unported License.
Based on a work from this source