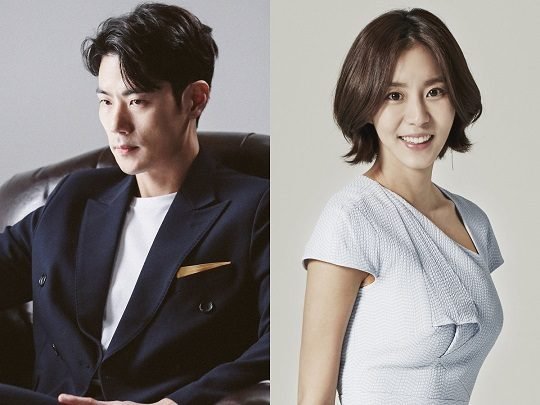 "My Husband Oh Jak-doo" is a romance drama about a realistic working girl named Han Seung-joo (UEE) who finds a man named Oh Jak-doo (Kim Kang-woo) to live with her as a husband to maintain her position as 'a married woman'.

"My Husband Oh Jak-doo" is the story of a woman who has everything, but suffers the social prejudice and inconvenience of a single woman and a man who needs to keep his faith. They married for social convenience and the story is anticipated to appeal to young people of this age who dream of staying single.

Kim Kang-woo is taking on the challenge of Oh Jak-doo, a man from nature. His typical gentle image will be transformed into a man of purity and minimalism.

UEE is the malicious producer Han Seung-joo. She has the iron mentality of only looking at the ratings for her TV show, but is a slob at home. She's a a realistic character that the younger generation would understand.

"My Husband Oh Jak-doo" is directed by Baek Ho-min and written by Yoo Yoon-kyeong.

"Kim Kang-woo and UEE to Star in "My Husband Oh Jak-doo""
by HanCinema is licensed under a Creative Commons Attribution-Share Alike 3.0 Unported License.
Based on a work from this source