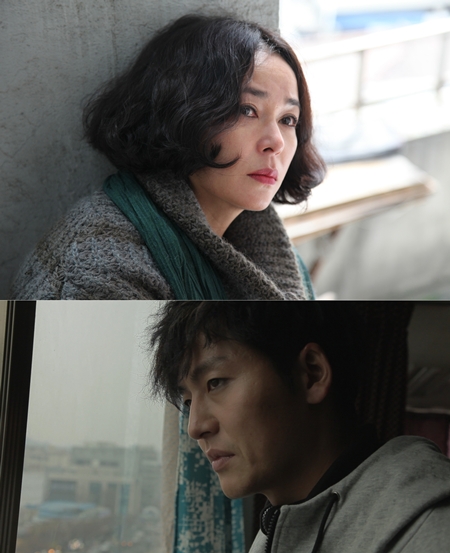 An on-set still from the movie "Pieta" has been revealed.

Lee Jung-jin, who is playing the role of Kang-do, a loan shark that gets money from debtors in the cruelest of ways, has lost so much weight that his face lines look stronger and more prominent.

He changed his hairstyle and even skin color to express the life of a man who grew up lonely and is living a wildly.

Veteran actress Jo Min-soo is a mysterious character who circles around Kang-do, one day claiming that she is his mother.

Her character is very interesting as portrayed in the pictures. One shows her knelt down in front of Lee Jung-jin and in the other she is staring far ahead with tears in her eyes.

"Pieta" is by Kim Ki-duk, who is making a fiction film in South Korea for the first time in four years, and will be completed by mid-March. 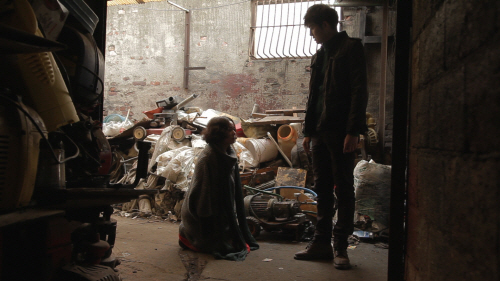 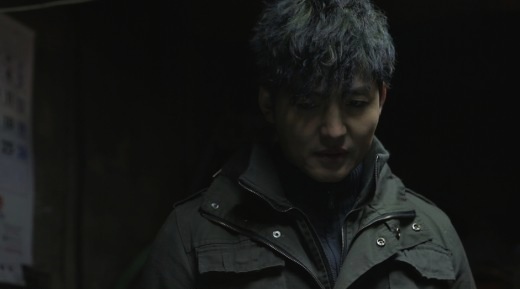 "Kim Ki-duk's "Pieta", Jo Min-soo and Lee Jung-jin show a massive transformation"
by HanCinema is licensed under a Creative Commons Attribution-Share Alike 3.0 Unported License.
Based on a work from this source