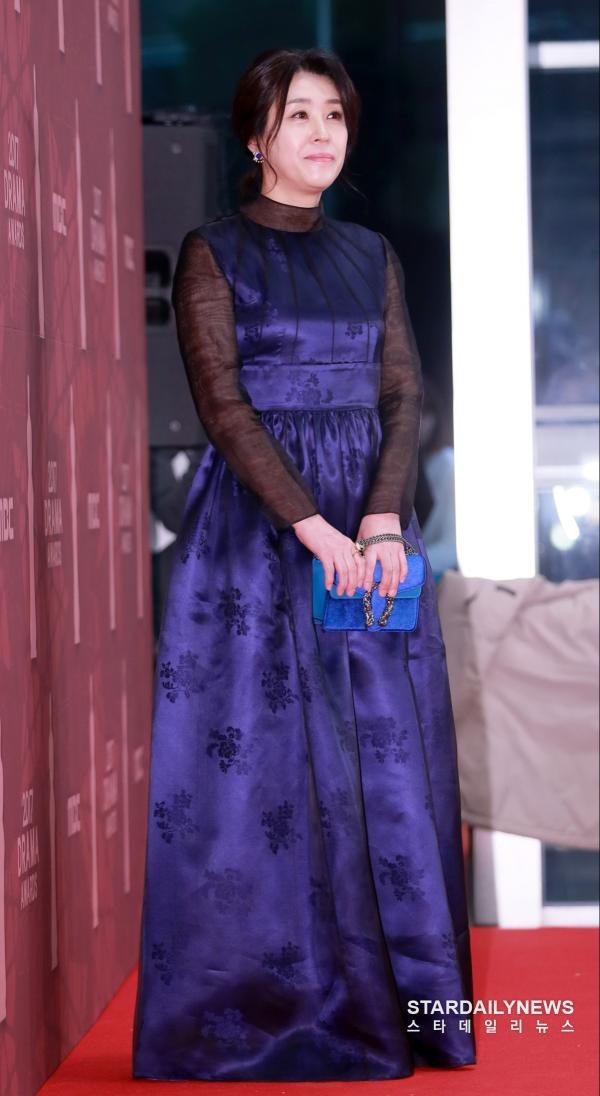 Following Kim Hye-ja and Kim Hae-sook, Kim Mi-kyung, who continues the genealogy of 'the nation's mother', is presenting a more touching impression with her mother-like acting that can be seen in real life.

Kim Mi-kyung who started getting the spotlight in the 1999 drama "KAIST" as a cozy senior and sister who comforts the concerns of other KAIST students, appeared in the 2014 drama "It's Okay, That's Love" as Gong Hyo-jin's extraordinary mother.

Kim Mi-kyung continued to appear as the mother of Seo Ye-ji in "Super Daddy Yeol", Choi Kang-hee's mother in "Glamorous Temptation", Seo Hyun-jin's mother in "Oh Hae-Young Again", Jang Nara's mother in "VIP" and Park Min-young's mother in "Her Private Life", expressing the realistic image of a mother who cries and laughs because of her delinquent daughter.

This year, she appeared as Jeon Eun-sook, mother to Cha Yoo-ri (Kim Tae-hee) in "Hi Bye, Mama!" and caused tears to explode everywhere. Although she restrained herself to the point of coldness, she increased the level of immersion in the drama by showing her longing for her child and love as a mother. Kim Mi-kyung is clearly establishing herself as a mother in her late 50s and early 60s, showing a different motherhood from the past mothers who sacrificed everything for her children with unconditional love.

Kim Mi-kyung, who has been active in the drama as a real mother, left a deep impression in the hearts of the public with her exceptional maternal love in the movie, "KIM Jiyoung: Born 1982" which was released last year, she appeared as Ji-young's mother, Mi-sook showing the essence of motherhood, which is a strong support for her daughter who is losing everything.

Kim Mi-kyung, who displayed a tearful performance of the audience, won the Best Supporting Actress Award for "KIM Jiyoung: Born 1982" at the 40th Korean Film Critics' Association Award, confirming the potential of the national mother in the film.

The public's eyes and ears are focused on Kim Mi-kyung's performance, which shakes viewers' hearts with her lines that are not talkative but sometimes make them think deeply about what she says, sometimes just because she is a mother.