Kim Min-jung in "Man To Man" 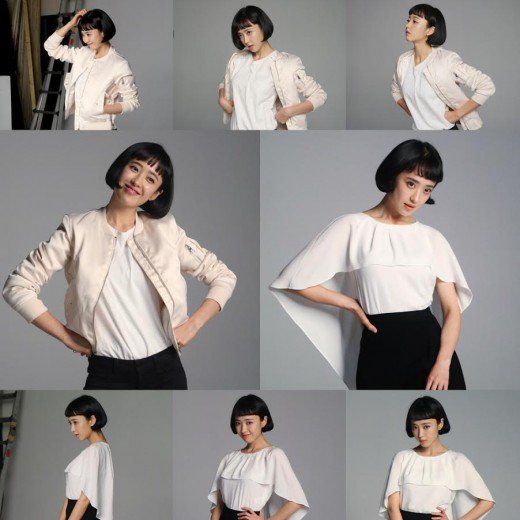 Actress Kim Min-jung is starring in the new JTBC drama "Man to Man".

A poster of her was released of her who stars in the drama as Cha Do-ha, the manager of a Hallyu star.

Kim Min-jung is dressed casually with short hair and a jumper. She looks bold but cheerful and of course, lovely.

In another picture, she's wearing a black and white dress which makes her look elegant.

Kim Min-jung's role of Cha Do-ha is a fan turned into a manager who does everything in her power to 'protect' her Yeo Woon-gwang (Park Sung-woong).

"Man to Man" is a story of a Hallyu star's bodyguards which starts on the 21st.

"Kim Min-jung in "Man To Man""
by HanCinema is licensed under a Creative Commons Attribution-Share Alike 3.0 Unported License.
Based on a work from this source