Kim Myung-min "It's over when you lose pace, it's fighting with yourself" (Pace Maker) 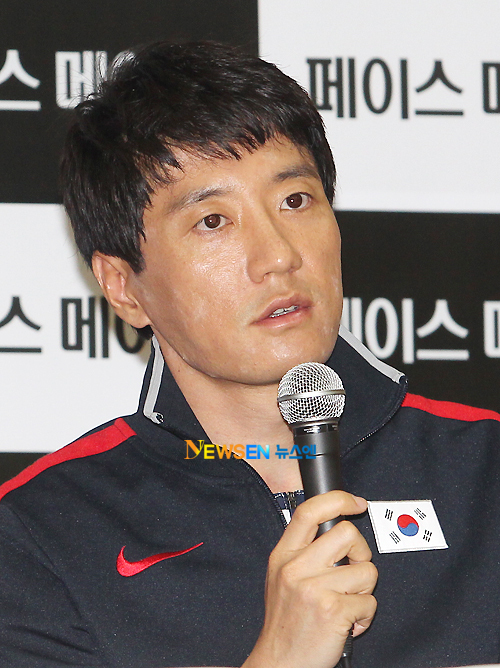 Kim Myung-min compared the life of an actor to a marathoner.

At the press briefing at the movie site "Pacemaker" on the 24th, Kim Myung-min said, "I think the lives of a marathoner and an actor are similar".

This day, Kim Myung-min produced a scene where he is an unfortunate marathoner Joo Man-ho who runs along with a popular pro runner and realizes his circumstances anew.

"Acting or sports, I think they're about fighting with yourself. Of course, a marathoner has a pace maker for the first 30km, but if the runner loses pace there is no victory no matter how skilled you are".

He continued, "Acting is the same. No matter how good your condition is, if you're not in the best condition when the shoot starts then it will be difficult to get the wanted results. When an actor shoots a movie it takes about three months. That time is the same as the 42.195km a marathoner has to run. It's a fight against one's self".

"Pacemaker" is a human drama about an unfortunate marathoner Joo Man-ho who has only run for others up to 30km but one day gets the opportunity to complete 42.195km for the first time in his life. Coming this fall.

"Kim Myung-min "It's over when you lose pace, it's fighting with yourself" (Pace Maker)"
by HanCinema is licensed under a Creative Commons Attribution-Share Alike 3.0 Unported License.
Based on a work from this source