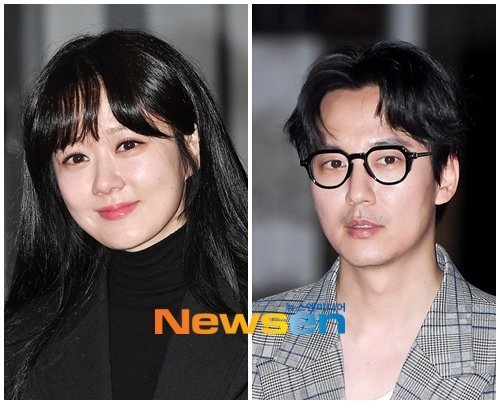 Kim Nam-gil and Jang Nara's wedding gossip is over.

A rumor that popped up online on the morning of the 5th, that celebrity news portal Dispatch reported news about Kim Nam-gil and Jang Nara but deleted it right away, had the internet in an uproar. According to captures of this news, it reported exclusively that actors Kim Nam-gil and Jang Nara were finally getting married this November after a 7 year-long relationship.

However, it turned out to be a scam. Dispatch explained that the pictures had been modified, and someone had deliberately manipulated them as having originated from the portal's main page. Even the pictures are from a different media. Dispatch made it clear that it has no information whatsoever about the two actors.

The captured picture of Jang Nara shows the Newsen logo clearly, while the picture of Kim Nam-gil is a still from the SBS drama "The Fiery Priest".

Both sides of management for the actors can't express how dumbfounded they are. Jang Nara's agency explained it's not true and that the actress is only focusing on the making of the drama "VIP".

Kim Nam-gil's agency clarified, "The baseless rumors seem evidently malicious and we will take legal measures against this".

"Kim Nam-gil and Jang Nara's Wedding Rumor Comes to a Swift End"
by HanCinema is licensed under a Creative Commons Attribution-Share Alike 3.0 Unported License.
Based on a work from this source