Kim Nam-gil and Jeong Yoo-mi in "The Backwards Guy" 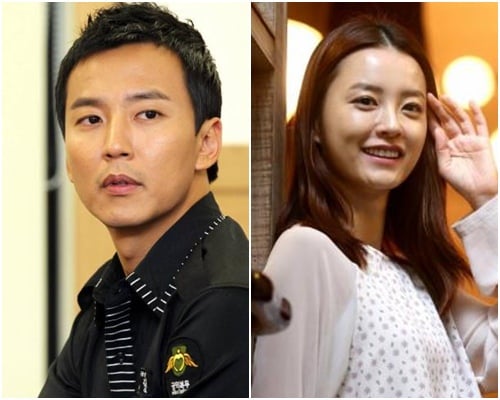 Kim Nam-gil and Jung Yu-mi are starring in the movie "The Backwards Guy".

According to the movie industry on the 25th, Kim Nam-gil and Jung Yu-mi are negotiating terms with the movie. "The Backwards Guy" is done by director Yoon Jae-goo from "Seven Days" and "Secret - 2009".

"The Backwards Guy" is an adrenaline pumping action thriller about a man who kills someone's wife, being chased down. This movie has been the talk of Chungmuro for its amazing action and thrill.

Kim Nam-gil has been offered various drama and movie love calls after his discharge from the army but decided on "The Backwards Guy". Apparently actresses were eager for the partner role with Kim Nam-gil once word got out.

"The Backwards Guy" will complete pre-production soon and start making in October.

"Kim Nam-gil and Jeong Yoo-mi in "The Backwards Guy""
by HanCinema is licensed under a Creative Commons Attribution-Share Alike 3.0 Unported License.
Based on a work from this source