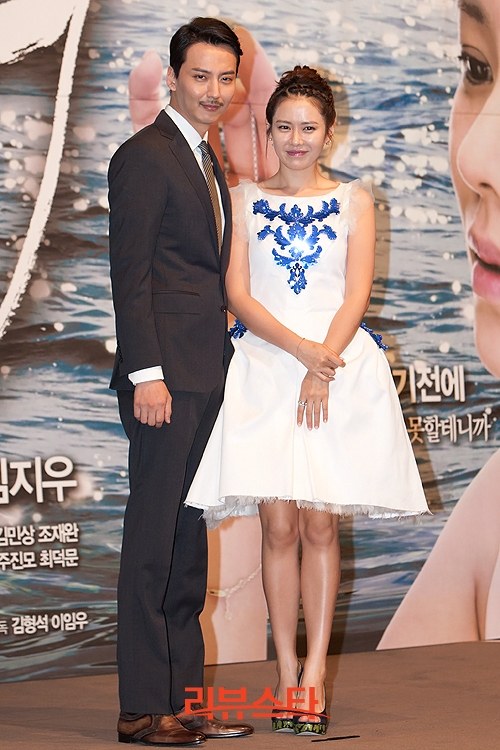 The recently finished KBS2 TV program "Shark" (screenwritten by Kim Jee-woo, directed by Park Chan-hong) ended on a sad note. However, through the new film "Pirates" (directed by Lee Seok-hoon under Mao Hari Pictures) they may get another chance.

Kim Nam-gil's agency Star J Entertainment told the Star Review "Kim Nam-gil is ready to start filming in August", and "He is ready to work again with Son Ye-jin".

The movie "Pirates" is set during the Joseon Dynasty as female pirates struggle with bandits to capture a whale. The film has great expectations as it's expected to be the Korean challenge to the "Pirates of the Carribean" franchise. Lotte Entertainment has invested 10 billion won in the film.

As the two lead characters in "Shark" met a tragic fate, it's expected that the "Pirates" film is going to take a more easygoing, light-hearted tone.

"Kim Nam-gil and Son Ye-jin's frustrated romance may bloom in a new film"
by HanCinema is licensed under a Creative Commons Attribution-Share Alike 3.0 Unported License.
Based on a work from this source