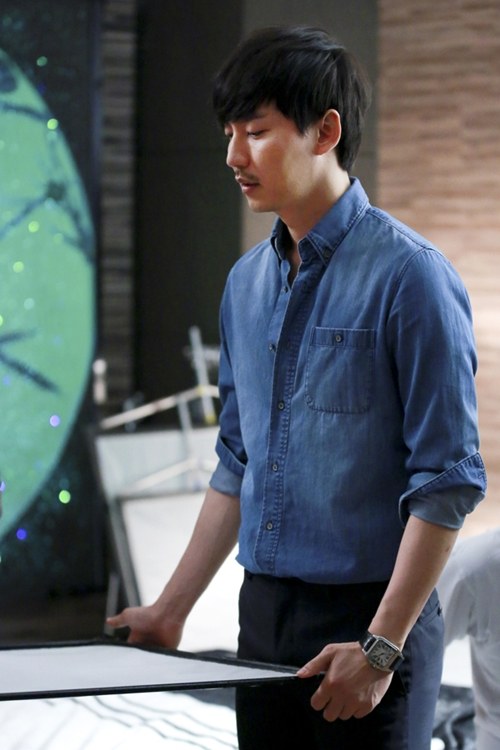 Actor Kim Nam-gil became a staff for the drama.

The picture shows the actor holding up a reflection board or adjusting the camera.

He is also very serious which makes the picture funny.

Apparently Kim Nam-gil makes the set lively and playful with his humor. He also helps out with the crew work.

Sometimes when there is a shortage of hands, Kim Nam-gil volunteers himself to do the work.

"Kim Nam-gil becomes a staff for "Shark""
by HanCinema is licensed under a Creative Commons Attribution-Share Alike 3.0 Unported License.
Based on a work from this source