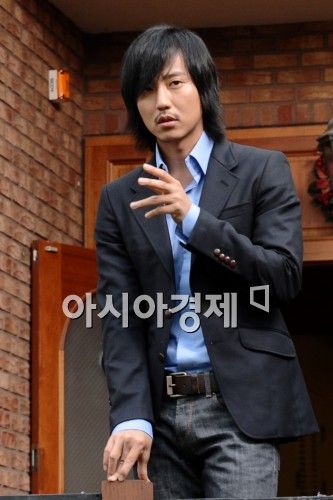 Korean actor Kim Nam-gil, who is currently starring in SBS TV series "Bad Man", has been notified to enlist in the army by July 15, as part of fulfilling the country's mandatory two-year military service.

"It is true that Kim Nam-gil received a draft notice for July 15", an official at the show's production company Good Story said in a phone call with Asia Economic Daily on Tuesday. "But he is in the middle of shooting the drama... We cannot say that he will be going to the military on July 15 no matter what".

The official further explained that broadcaster SBS and Good Story are trying to delay his military entrance date until the shooting for "Bad Man" wraps up.

The 20-episode Wednesday/Thursday evening drama, which premiered on May 26, is scheduled to run until the last week of July.

Recently, actor Lee Joon-gi tried to defer his military entrance date as well, in order to finish up shooting for film "Grand Prix" and upcoming blockbuster TV series "Faith". He eventually pulled out from both projects when he was unable to do so and entered the army on May 3.

"Kim Nam-gil receives military draft notice for July 15"
by HanCinema is licensed under a Creative Commons Attribution-Share Alike 3.0 Unported License.
Based on a work from this source