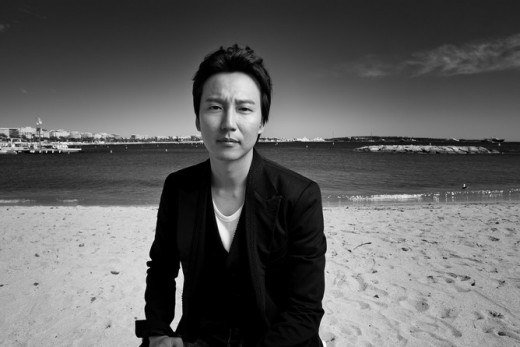 Actor Kim Nam-gil's picture was taken in black and white by a French photographer. Roch Armando takes pictures of worldwide stars like Ewan McGregor, Bill Murray and more. He's been taking pictures at Cannes for 2 years in a row.

Kim Nam-gil is looking at the camera with the ocean behind him. He is wearing a black shirt and his face in cringed slightly, making him look manly.

Kim Nam-gil went to Cannes for the first time for the movie "The Shameless". He is returning to Korea on the 18th after taking care of business with Jeon Do-yeon.

Meanwhile, "The Shameless" is the story of a detective who has been hiding the truth and a woman who wants to believe even his lies produced by Oh Seung-wook who's come back for the first time in 15 years. The movie is released this 27th.

"Kim Nam-gil's charisma mesmerizes Cannes"
by HanCinema is licensed under a Creative Commons Attribution-Share Alike 3.0 Unported License.
Based on a work from this source