Kim Nam-gil to enter military "between fall and winter" 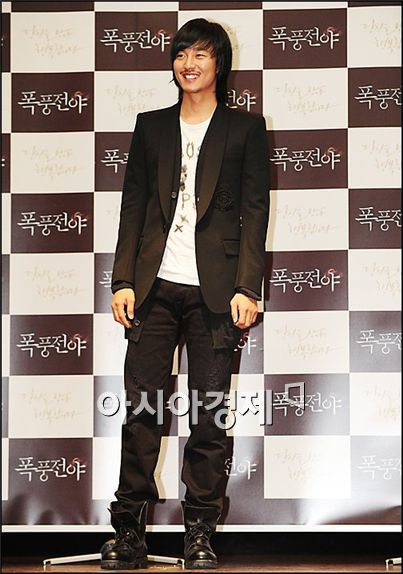 Korean actor Kim Nam-gil has said that he will be entering the military sometime during the final quarter of this year.

Speaking at a press conference for film "The Day Before", held Tuesday at Seoul's Ewha-Samsung Education Culture Center, the actor for the first time directly addressed reports about his joining the army in June to fulfill Korea's mandatory military service.

"I think I will have to go [to the military] sometime between fall and winter", the actor said. "TV series "Bad Man" will be airing until early August and I have to wrap up other things that I am currently working on".

Kim expressed his anticipation about entering the Korean army by explaining, "I think serving as a public service worker will be the only way I would actually be able to take a break and I feel that the time will come where I can do something steadily when I return".

"Working as an actor is important, but the two years I will spend working as a public service worker is significant and precious to me", the actor added. "I think it will be crucial to enrich myself and learn how to spend my time there efficiently".

In the film "The Day Before", Kim plays a man who is wrongly convicted of murdering his wife and sentenced to life in prison, which he escapes to be with his beloved.

"Kim Nam-gil to enter military "between fall and winter""
by HanCinema is licensed under a Creative Commons Attribution-Share Alike 3.0 Unported License.
Based on a work from this source