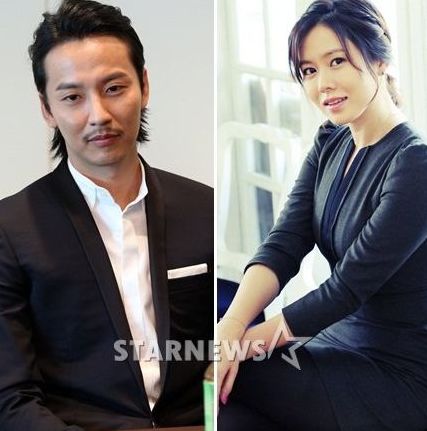 This drama is about a man who points a knife at the one he loves for revenge and a woman's pain from her first love. It is a collaboration between writer Kim Ji-woo and producer Park Chan-hong.

Kim Nam-gil takes on the role of the owner of Giant Hotel, Han I-soo.

Son Ye-jin was initially set to star in the drama from the beginning and Kim Nam-gil's decision made some adjustments.

Son Ye-jin takes on the role of the only child of the Gaya Hotel Group, Jo Hae-woo. She is a strong and bold woman who becomes a prosecutor and not an heiress.

"Shark" will be aired in May after "The Queen of Office".

"Kim Nam-gil with Son Ye-jin in "Shark""
by HanCinema is licensed under a Creative Commons Attribution-Share Alike 3.0 Unported License.
Based on a work from this source