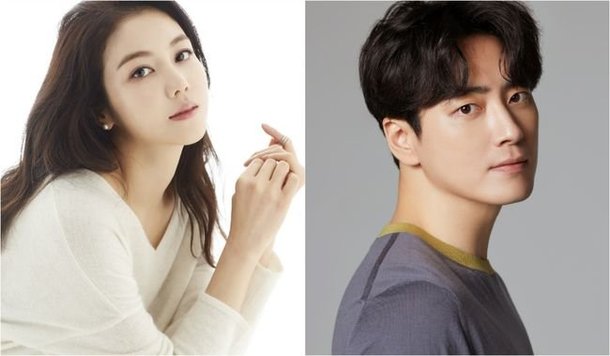 Actress Kim Ok-vin and actor Lee Joon-hyuk have made confirmation in OCN's fifth dramatic cinema "Dark Hole". With the news of the best combination of genre, there is an infinite sense of trust that it will mark a milestone in 'K-thrillers'.

OCN dramatic cinema "Dark Hole" is an action thriller about the desperate survival of the survivors among mutants who drink the mysterious black smoke from sinkholes. It is the fifth project of OCN's Dramatic Cinema, which combines the format of movies and dramas to show the essence of the well-made genres. While previous thrillers "Trap - Drama", "Strangers from Hell", "Team Bulldog: Off-duty Investigation", "Search" and "Another Class" have drawn attention, Kim Ok-vin and Lee Joon-hyuk's combination in "Dark Hole" adds fire to the building anticipation.

First of all, Kim Ok-vin plays Lee Hwa-seon, a detective at the Seoul Metropolitan Police Agency's regional investigation unit with unique aura. Lee Hwa-seon faces an inflection point in her life as she receives a phone call from the murderer who killed her husband and goes down to Muji City. The people there have turned into monsters after drinking mysterious black smoke and Hwa-seon struggles to maintain 'humanism' in the city of Muji which has been swept over by fear and goes after her husband's murderer.

Lee Joon-hyuk plays Yoo Tae-han, a wreck car driver who was born and raised in Muji. Although he usually looks like a 'delinquent' who enjoys jokes and mischief with his easy-going personality, he actually has a stronger sense of justice than anyone else. Although he took off his police uniform for a misunderstanding, he always takes pride in those days. So he tries to save people more actively by helping detective Lee Hwa-seon, who he happens to meet in Muji which is suffering from an avalanche of mutants. Lee Joon-hyuk recently received lots of attention for his role in the recently ended "Secret Forest 2" and naturally, attention falls on his next work.

Moreover, "Dark Hole" is in the spotlight as it is another collaboration by writer Jeong I-do-I and the production from "Strangers from Hell". Casting Kim Ok-vin and Lee Joon-hyuk just completes the picture. It is expected that the high-quality miseenscene presented by the film crew led by director Kim Bong-joo, who showed the essence of thriller filled with shock and reversal, and the synergy of OCN, leader of genrse, will create another luxury 'K-thriller'.