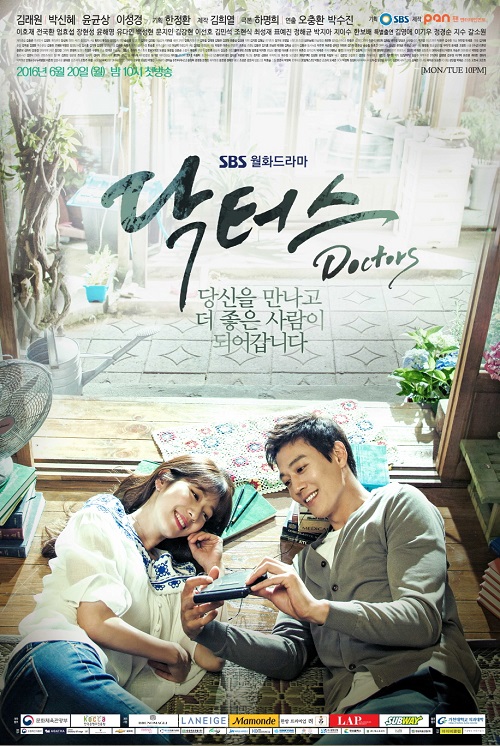 SBS new Monday & Tuesday drama, "Doctors" starring Kim Rae-won, Park Shin-hye, Yoon Kyun-sang, and Lee Sung-kyung has unveiled a heartwarming and effervescent official posters. While the drama has only one week left to the premiere date, the newly revealed poster is amplifying the level of anticipation in drama fans.

"Doctors" will deliver the intense, keen and humane doctors' story is SBS new Monday & Tuesday drama ready to deliver entertainment and warm emotions to drama fans soon. "Doctors" takes over the airtime of "Jackpot" and has been scheduled to premiere at 10 PM on June 20th. 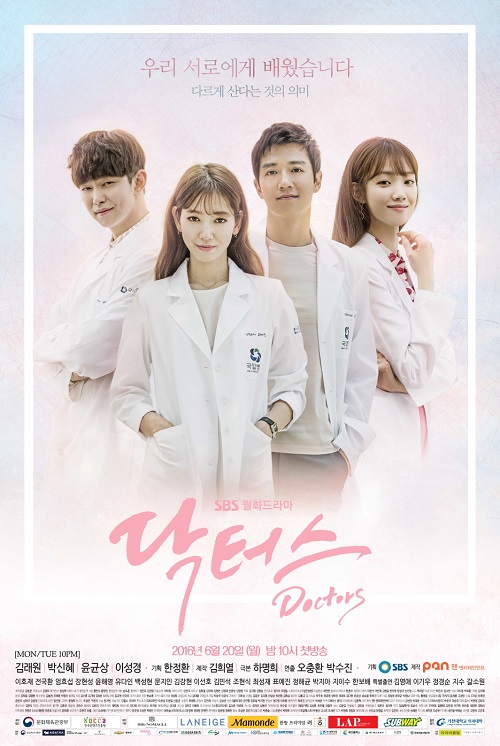 "Kim Rae-won and Park Shin-hye show off honey-dripping chemistry in 'Doctors' new official poster"
by HanCinema is licensed under a Creative Commons Attribution-Share Alike 3.0 Unported License.
Based on a work from this source