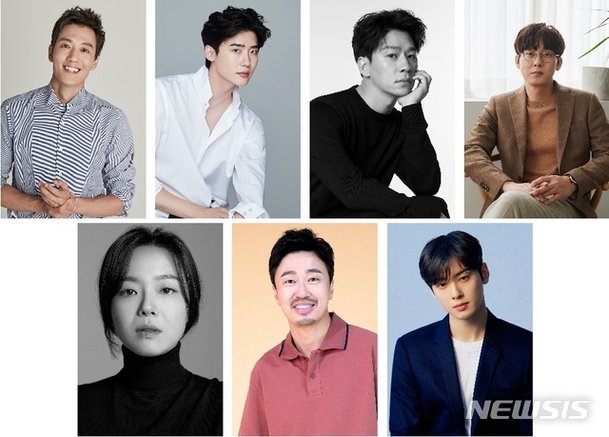 "Decibel" is an urban terror action film about a terrorist attempting to occupy the city by planting a special bomb that activates through sound in the heart of the city, and the naval deputy captain which is the target.

Kim Rae-won takes on the role of a navy commander that struggles to put an end to the sound terror installed in the city and Lee Jong-suk plays a navy lieutenant who shares his joys and sorrows.

Jung Sang-hoon is a passionate reporter, Park Byung-eun is the head of headquarters, Lee Sang-hee is the second-in-command's wife and the head of the bomb diffusion squad and Jo Dal-hwan is a navy official.

Cha Eun-woo who starred in dramas "Rookie Historian Goo Hae-ryung" and "True Beauty" will make his big screen debut in a young and confident naval role.

"Decibel" is helmed by Hwang In-ho.