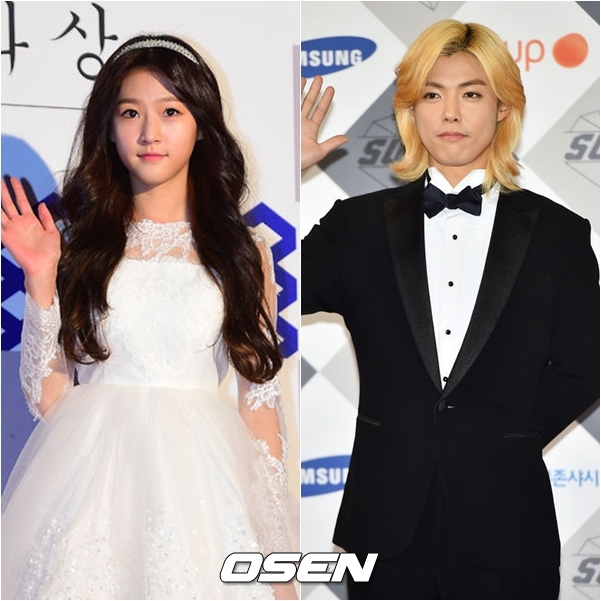 Kim Sae-ron had been awarded the Best Child Actor Award for her role in MBC drama, 'The Queen's Classroom' from the 2013 MBC Drama Awards. At the time, she drew much attention from public by giving her mature acceptance speech saying "I'd like to thank the staff for all of your hard work. I'll continue to try hard".

She also received the New Actress Award for her role in movie "A Girl at My Door" at the 35th Blue Dragon Awards this year. She has been showing great performance as an actress since she started as a child actress.

How the collaboration of the calm and mature actress and the goofy entertainment TV show star will turn out is drawing much interest.

The winners for the 2014 MBC Drama Awards will be decided by voting through text messages 100%. The event will be hosted by Shin Dong-yup and Choi Soo-young and it will air at 8:55 PM on December 30th.

"Kim Sae-ron and Kangnam to be co-presenters for child actor award at MBC Drama Awards"
by HanCinema is licensed under a Creative Commons Attribution-Share Alike 3.0 Unported License.
Based on a work from this source