Kim Sae-ron, dazzling in behind-the-scenes cuts of 'Mirror of the Witch' 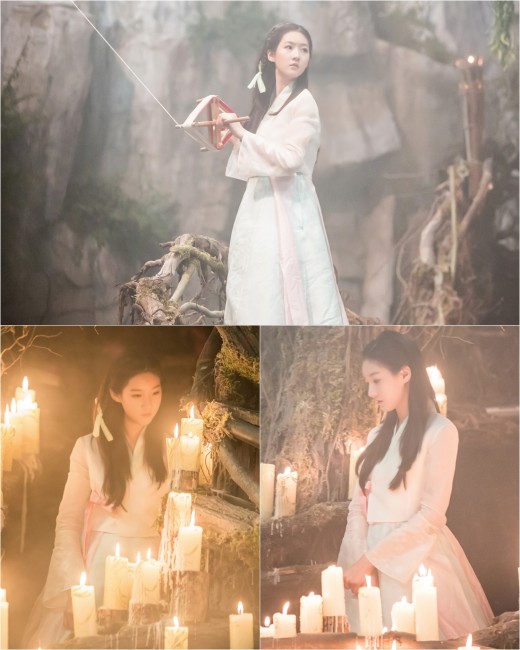 JTBC's new Friday & Saturday drama, "Mirror of the Witch", which has been scheduled to premiere on May 13th has unveiled behind-the-scenes still images featuring Kim Sae-ron's mysterious and grown-up appeals.

The revealed photos are those captured Kim Sae-ron's moments on the filming set located in Namyangju. While Kim Sae-ron has been showing off her fresh and lovely charms in the posters and teaser trailers revealed so far, the emotionless look on her face creates such a dreamy mood in the still images released this time.

"Mirror of the Witch" production team said, "Her unique character, Seo-ri 'a witch of Joseon', integrated with her gorgeous and mysterious look as well as her acting ability, will be able to deliver fresh entertainment to the drama fans".

The legendary story about youth in Joseon, "Mirror of the Witch" depicts the romance between an ill-fated princess Seo-ri, whose heart turned as cold as ice because of wicked spell, and a hot-blooded young man, Heo Joon, who is hiding his burning anger. The drama will premiere at 8:30 PM on May 13th.

"Kim Sae-ron, dazzling in behind-the-scenes cuts of 'Mirror of the Witch'"
by HanCinema is licensed under a Creative Commons Attribution-Share Alike 3.0 Unported License.
Based on a work from this source