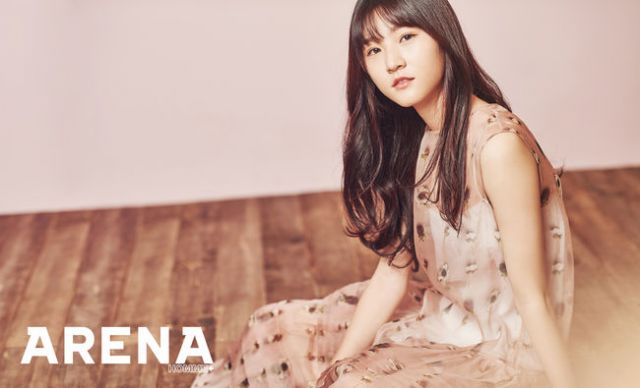 Actress Kim Sae-ron shared her honest thoughts on her image seen by the public.

Kim Sae-ron's pictorial, which has been revealed on August 28th, presents the mysterious and youthful innocent ambience. Her deep moist eyes convey Kim Sae-ron's own unique innocent appeals, which grab your attention naturally.

During the following interview, Kim Sae-ron answered the question on how she felt on her image still viewed as So-mi in 'The Man From Nowhere'. She calmly said, "A lot of people remember the dark image of Kim Sae-ron" and "I don't hate the image".

She continued on, "Most of my roles were actually like that. I think it also means that the roles were so intense that they looked like real me" and "If I age a little more and I get to act a similar character then, who is protected by someone, I won't be able to portray the same feeling". She added, "If I become an adult, then I'll play a different role, and then it'll be different again if I turn middle-aged".

She also talked about things she does when she is not acting. She said, "I enjoy making fragrant cancels, watching movies and spending time along. I also like web-toons".

"Kim Sae-ron, "I don't mind the dark image""
by HanCinema is licensed under a Creative Commons Attribution-Share Alike 3.0 Unported License.
Based on a work from this source