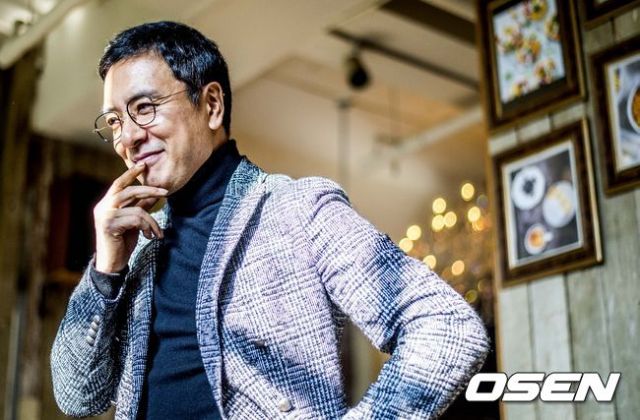 Actor Kim Seung-woo said he would like to direct a melodrama starring Kim Nam-joo and So Ji-sub.

During the interview with OSEN at a café in Samcheong-dong, Seoul on January 4th, Kim Seung-woo first confirmed his wife is the first actress on his list to cast if he'd direct a movie. While he said he's not sure if she would accept the offer, he revealed, "I'm thinking about a melodrama such as 'In the Mood for Love".

When he was asked if he had any actor on his list to pair up with the female lead, he said So Ji-sub without any hesitation. im Seung-woo added, "I think he has a great personality. So Ji-sub debuted through drama 'Model'. He received an award when Kim Nam-joo also received an award for her role in 'My Wife is a Superwoman' or maybe in 'Queen of Reversals'. During he was giving an acceptance speech at the time, he said, 'I'm standing next to Namjoo noona here. I debuted through a drama starring Namjoo noona. I'm honored to receive an award along with her. I've never imagined this will ever happen.' I thought he's very humble. He didn't change much since beginning. So I felt good about him".

Meanwhile, movie "Chasing" featuring his splendid action acting is the story of a wealthy CEO and a detective who always is at the wrong place at the wrong time. The movie comes out on the 7th in January.

"Kim Seung-woo says he wants to direct a melodrama starring his wife Kim Nam-joo and So Ji-sub as a couple"
by HanCinema is licensed under a Creative Commons Attribution-Share Alike 3.0 Unported License.
Based on a work from this source