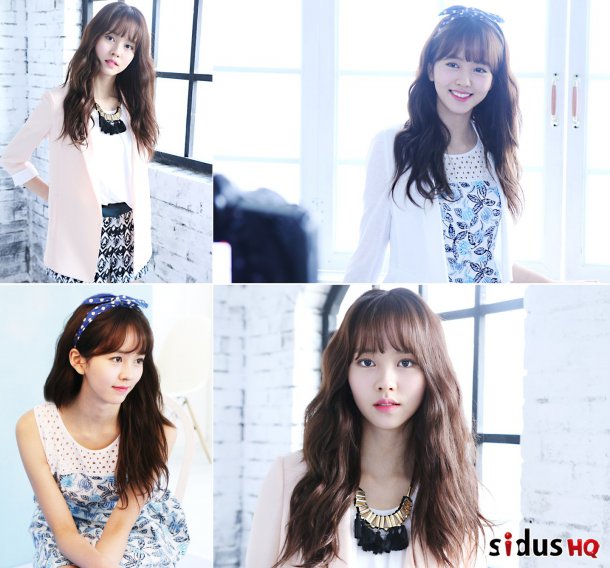 Sidus Q's official Twitter posted pictures of the actress saying, "Here are some pictures of Kim So-hyun that will melt your hearts frozen from the recent cold".

The actress is gazing into the camera and smiling her 'half-moon eyes' smile. She looks very mature in the long wavy hair.

Kim So-hyun is the MC for the MBC "Show! Music Center".

"Kim So-hyun's 'Barbie Doll' visual"
by HanCinema is licensed under a Creative Commons Attribution-Share Alike 3.0 Unported License.
Based on a work from this source