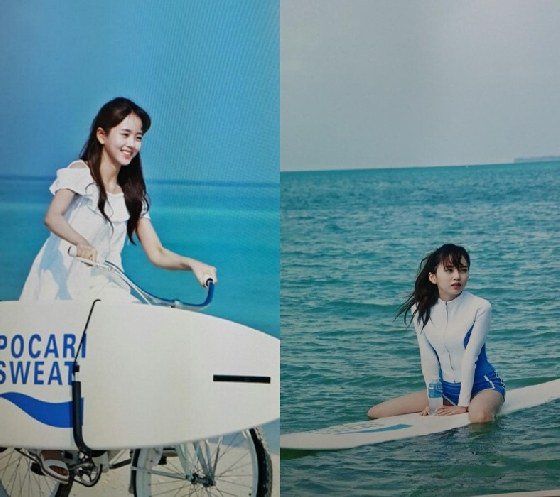 She posted pictures on her Twitter saying they were her favorite stills.

Kim So-hyun is wearing a fluttering white dress in one picture and a lash guard in another. She's sitting on a surf board under the blue skies and drinking a sports drink.

Netizens say, "She's all grown up", "She's so pretty", "I like this picture too" and more.

"Kim So-hyun's favorite stills from an ad"
by HanCinema is licensed under a Creative Commons Attribution-Share Alike 3.0 Unported License.
Based on a work from this source