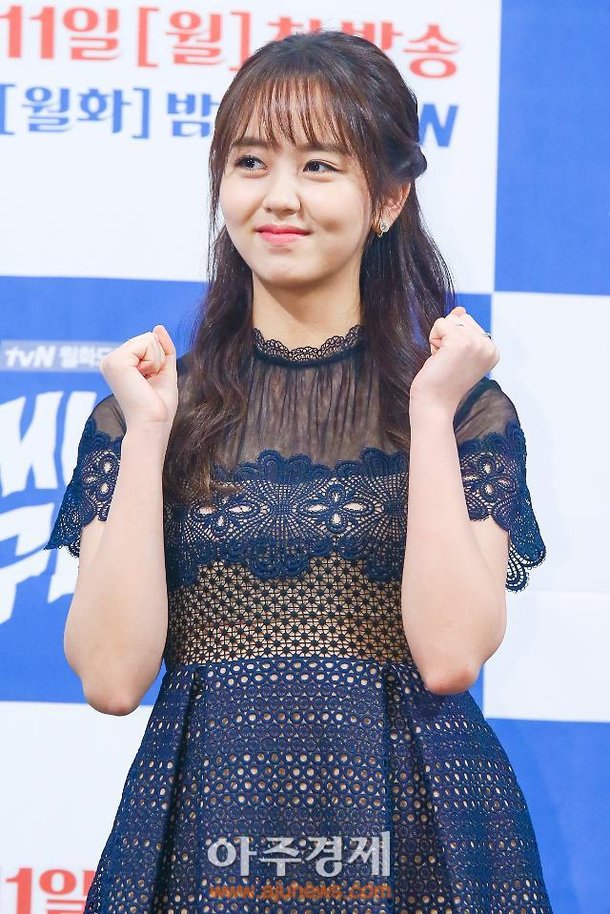 Actress Kim So-hyun is starring in another drama six months after her last. She's starring in the new KBS 2TV drama "Radio Romance" as Song Geu-rim.

"Radio Romance" is about a top star named Ji Soo-ho who can't do anything without a script and a radio writer named Song Geu-rim who is good at everything but writing scripts who casts him as her DJ.

Kim So-hyun takes on the role of Song Geu-rim who has everything from acting power, momentum and planning ability, but not the ability to write. When she was young, the only thing she could share with her blind mother was the radio. She felt comforted by the sounds that came from the radio and grew up to be a radio writer. When her show is about to be canned, she casts top star Ji Soo-ho in a tenacious attempt to make things work.

The "Ruler: Master of the Mask", "The Last Princess"", Bring It On, Ghost", "Goblin" and "Who Are You? – School 2015" actress is a child star who is expected to display a mature and bright character.

"Radio Romance" will begin in January after "Jugglers".

"Kim So-hyun to Star in "Radio Romance""
by HanCinema is licensed under a Creative Commons Attribution-Share Alike 3.0 Unported License.
Based on a work from this source