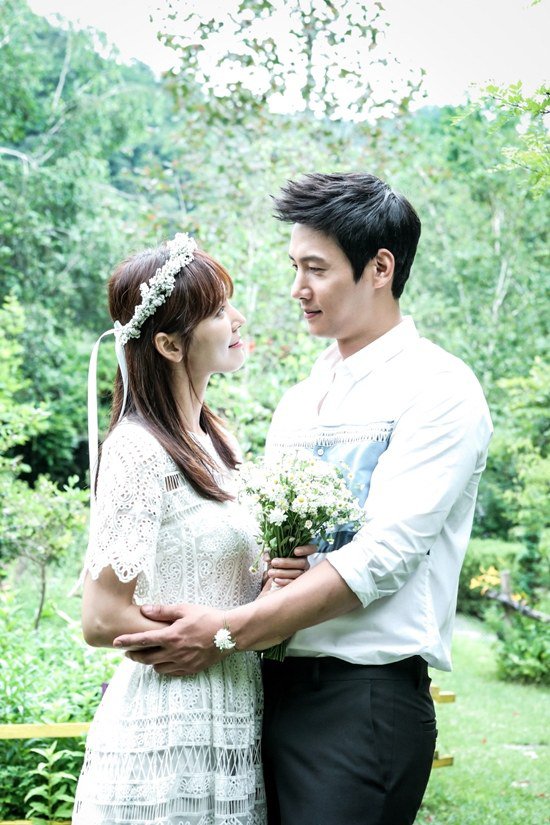 Kim So-yeon and Lee Sang-woo are two actors who have never had a relationship go public before.

The two people met in a drama and have developed into lovers since then. They starred in the MBC drama "Happy Home" as a couple.

The two met in the drama as a mother named Bong Hae-ryeong (Kim So-yeon) and doctor Seo Ji-gun (Lee Sang-woo) who treated her children. Bong Hae-ryeong depended a lot on Seo Ji-gun, but when she found out he was the one who operated on her son, returned to her husband Yoo Hyeon-ki (Lee Pil-mo) who was terminally ill. However, in the end, they reunited after some time.

The two looked good in the drama. They were called 'Bong-Ji couple' and were favorites of the drama. When the drama started to lack resources, Kim So-yeon's sad act and Lee Sang-woo's love for her helped it to get back up. No one knew that they were actually developing feelings for each other.

Kim So-yeon is a veteran actress. She debuted in 1994 and became popular right away for her sophisticated looks and performance. Her peak stage came with "Prosecutor Princess" and continued to star in more dramas. Lee Sang-woo debuted in 2005 and has been a popular actor since then. He also sang a self-written song called, "How Does A Shark Live?"

The two have been in the biz for a long time but this is their first open relationship and many are supporting their decision and romance.

"Kim So-yeon and Lee Sang-woo's public relationship "
by HanCinema is licensed under a Creative Commons Attribution-Share Alike 3.0 Unported License.
Based on a work from this source