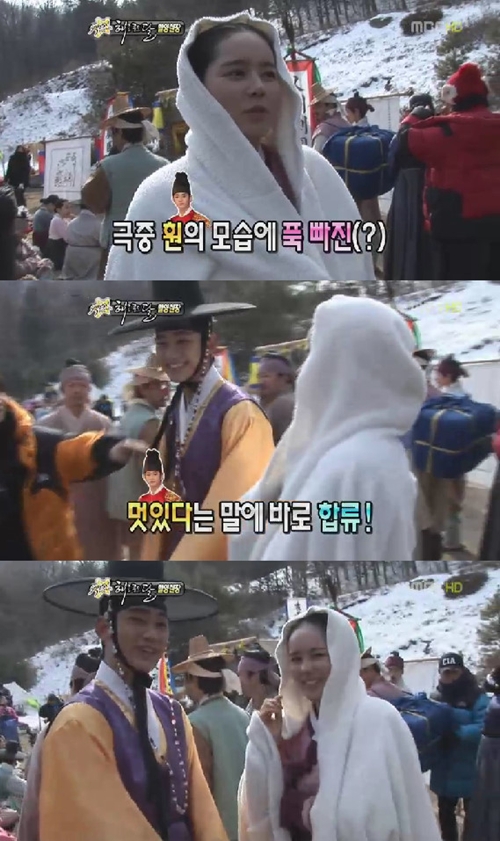 Actor Kim Soo-hyun and Han Ga-in revealed that they were still awkward around each other.

The making of the MBC drama "The Sun and the Moon" was shown on the MBC "Section TV" on the 12th.

Han Ga-in took a look at the scenario and said, "This is awesome". However, about the real Kim Soo-hyun she said, "I don't know yet".

Then Kim Soo-hyun who was passing by, stood in front of the camera and said, "I am going to play along with Han Ga-in" but stammered, therefore proving that they weren't comfortable around each other.

While checking out his costume for the drama, he said the cloak was nice but said, "The hardest part of the drama is that it is a historical. I worry that my accent will change once I am done".

"Kim Soo-hyun and Han Ga-in "Still awkward""
by HanCinema is licensed under a Creative Commons Attribution-Share Alike 3.0 Unported License.
Based on a work from this source