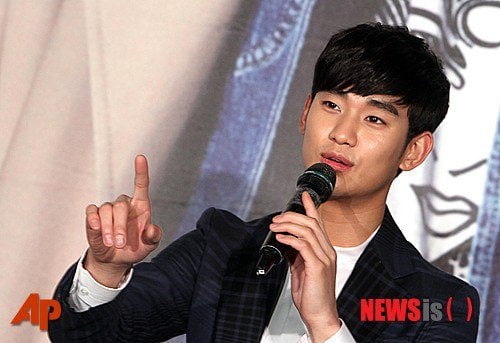 Kim Soo-hyun led a crowd of fans at the 2014 Beijing Motor Show.

According to a Chinese source, Kim Soo-hyun was to attend the show as the promotional ambassador for the Hyundai SUV ix25. However, due to safety reasons, his appearance was postponed.

8,000 people gathered around the event area at the news of his appearance. The public security department even requested for the event to be put off.

Kim Soo-hyun appeared for only 2 minutes after safety measures were taken. He posed for photos and said a simple greeting.

"Kim Soo-hyun leaves motor show in 2 minutes"
by HanCinema is licensed under a Creative Commons Attribution-Share Alike 3.0 Unported License.
Based on a work from this source