Kim Soo-hyun's Character in Jail in "One Ordinary Day" 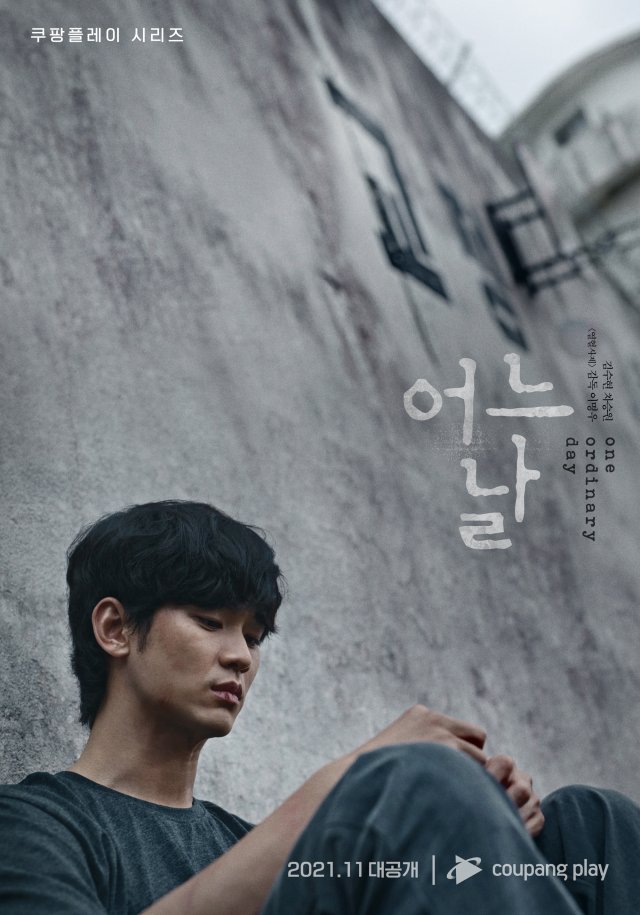 "Truth and life in prison!"

Above all, "One Ordinary Day" is considered one of the biggest interests that will shake the second half of 2021 with a lineup of global actors Kim Soo-hyun and Cha Seung-won, rising star Kim Sung-gyu and Lee Seol, as well as a meeting of director Lee Myeong-woo, who showed directing skills regardless of genres.

In this regard, Kim Soo-hyun of "One Ordinary Day" is drawing attention by introducing a 'gloomy mode' character poster which is 180 degrees different from Kim Hyeon-soo's usual bright appearance. Kim Hyeon-soo, who collapsed in a prison uniform, bowed his head in a crouching position, expressing a look of resentment and hopeless frustration intersecting. On top of that, the composition that emphasizes the high wall and the gray tone color give off heavy energy and doubles the atmosphere.

In particular, Kim Soo-hyun is amplifying curiosity about this hardcore drama by expressing in detail the feelings of a character whose normal life has fallen in just a single cut. Attention is focusing on what message Kim Hyeon-soo will deliver in "One Ordinary Day" which will face a wave with the start of the play.

The production team said, "Kim Soo-hyun is an attractive and valuable actor with a boyish aspect and masculinity at the same time", adding, "We ask for your attention to "One Ordinary Day" where Kim Soo-hyun's famous acting will show magic again".

Meanwhile, the first Coupang Play series "One Ordinary Day" will be exclusively released through Coupang Play in November.