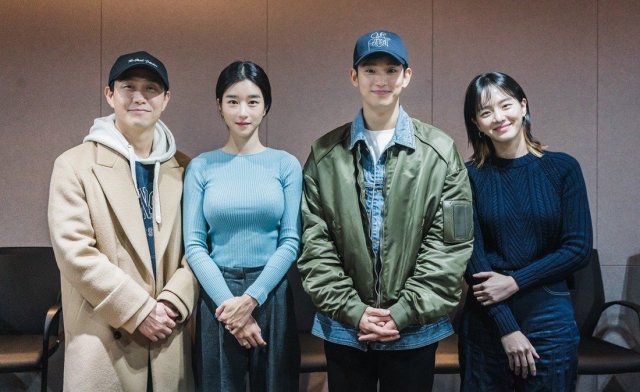 The new tvN drama "It's Okay to Not Be Okay" released pictures of its synergic script reading, leading up to the drama. 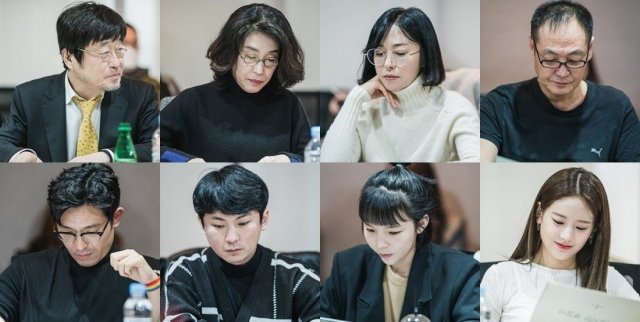 Prior to the reading, Park Shin-woo said, "In this work, we will do our best to help actors realize their roles and characters freely and creatively. I hope it's a drama that everyone makes together". The staff and cast including the crew applauded in teamwork.

As the script reading began in earnest, the passionate performances of the characters and the actors followed. First of all, Kim Soo-hyun, who plays Moon Kang-tae, a mental hospital guardian, calmly and gravely captured the emotions of a character who is not exposed to inner solitude and loneliness, while Seo Ye-ji, who plays Go Moon-yeong, a popular children's literature writer with an anti-social personality, immersed in the character's light-hearted aura and inflexibility. In particular, the chemistry between the two actors, Moon Kang-tae and Go Moon-yeong, boosted the firepower of this romantic comedy. 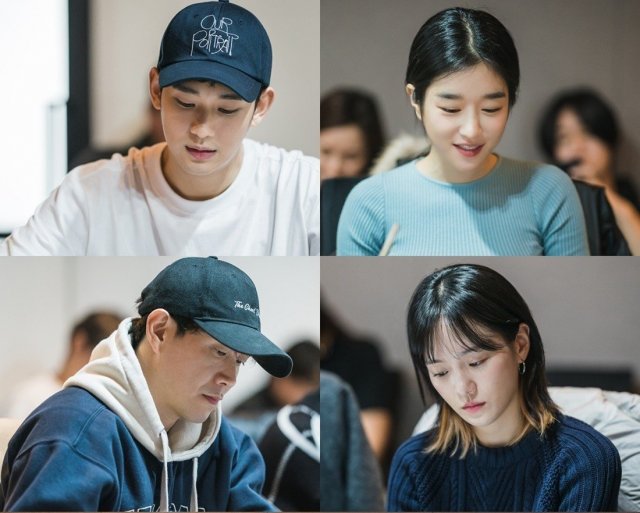 Oh Jung-se turns into Moon Kang-tae's brother, Moon Sang-tae, with an ASD disorder. With different acting tone and vocalization, he vividly brought to life the role's characteristics. Kim Soo-hyun and Oh Jung-se's brotherly chemistry, which can be realized just by reading the script, raised expectations for the bromance that the two will show in the future. Also, Moon Kang-tae's colleague and mental health nurse Park Gyu-young calmly expressed Nam Joo-ri's character, increasing immersion.

In addition, the script reading scene showed the energy of the veteran actors and young actors. Popular actors such as Kim Chang-wan, Kim Mi-kyung, Jang Young-nam and Lee Eol added weight with the flavor of the play, while young actors such as Kim Joo-hun, Kang Ki-doong, Park Jin-joo and Jang Gyuri breathed pleasant vitality, overflowing with laughter throughout the session.

As the script went over one by one, the actors' passion for their roles filled the script reading scene. Actors met eye to eye and exchanged reactions with each other, glaringly crossing comic and genuine lines to match their acting.

An official of "It's Okay to Not Be Okay" said, "It was a script reading scene where we could feel comical laughter and exciting tension with the good performances of actors who made full use of the charms of unique characters. All the actors and staff are working hard on the shoot, so please look forward to it".

The new tvN Saturday-Sunday drama "It's Okay to Not Be Okay" begins in June after "When My Love Blooms".

"Kim Soo-hyun, Seo Ye-ji, Oh Jung-se and Park Gyu-young Show Great Synergy in "It's Okay to Not Be Okay" Script Reading"
by HanCinema is licensed under a Creative Commons Attribution-Share Alike 3.0 Unported License.
Based on a work from this source