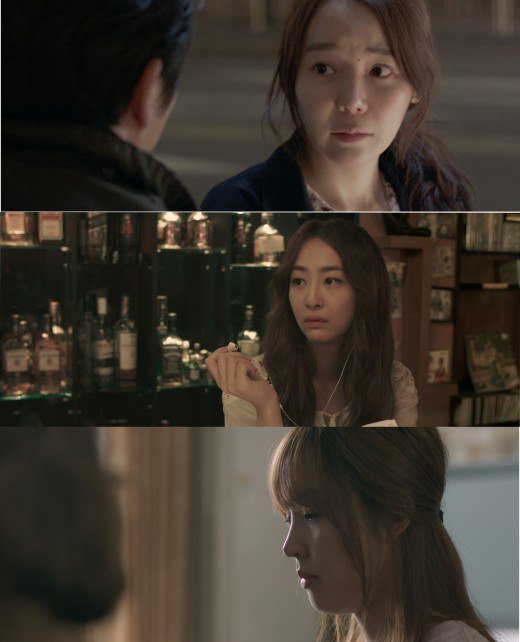 The three are starring in Shin Yeon-shick's newest movie "Like a French Film" which comes out on the 14th of January.

Shin Yeon-shick is responsible for discovering Lee Joon's gift for acting in "Rough Play" and he has been nicknamed, 'the idol acting teacher' as he has worked with many idols on his projects.

He helped Lee Joon take home a rookie award that year the movie "Rough Play" came out. Then he chose Krystal from f(x) to star in a short film celebrating the 10th year anniversary of W Korea as well as Kim Dong-wan from Shinhwa who will be starring in the movie "Delusional".

"Like a French Film" stars Kim Soy from T.T.MA, Jeon Ji-yoon from 4Minute and Kim Dasom from Sistar.

Kim Soy, who debuted in the year 1999 with T.T.Ma and is currently Raspberry Field's sing-a-song writer, an essay writer and entertainer, reunited with Shin Yeon-shick once again. She is the leading character of the third episode of "Like a French Film" - "Remaining Time". She plays a character who suddenly goes through a break up.

4Minute's Jeon Ji-yoon, who was in the spotlight recently for her appearance in Mnet "Unpretty Rapstar 2", is making her first move as an actress in "Like a French Film". She comes off as natural in the first episode of "Like a French Film" – "Time To Live". She plays Lee Young-ran's youngest daughter out of four.

Finally, Sistar's Kim Dasom is making her first move into independent movies. She's had experience with long term dramas like "Love Rides the Song" and "The Eccentric Daughter-in-Law" and this time she's starring in the second and fourth episodes of "Like a French Film". She appropriately switches back and forth to a hardworking girl to a girl who knows how to play hard to get.

"Kim Soy, Kim Dasom and Jeon Ji-yoon meet their idol acting teacher"
by HanCinema is licensed under a Creative Commons Attribution-Share Alike 3.0 Unported License.
Based on a work from this source