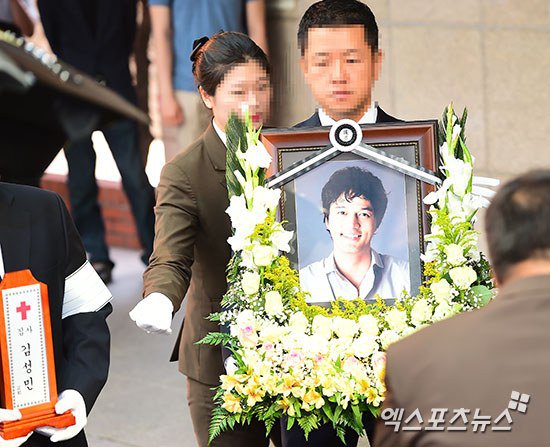 Actor Kim Sung-min's departure took place on the 28th at 8AM this morning.

Kim Sung-min's family and friends carried his coffin out of the funeral home. His tablet and picture were carried by his family in solemnity. 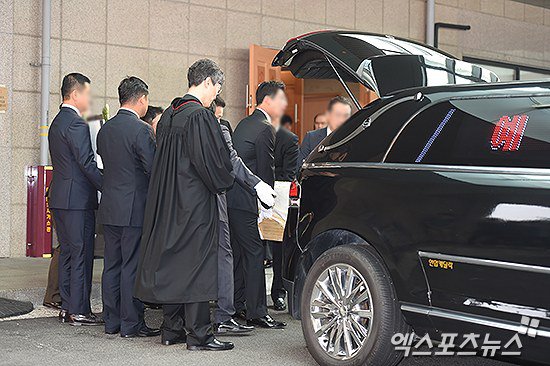 After a church service, the friends and family couldn't help but cry out loud and commemorated his death.

Kim Sung-min was diagnosed of brain death on the 26th and donated his organs to five different people. His funeral was held at the Seoul Yoon Sungmo Hospital and friends and family like Lee Kyung-kyu, Lee Yoon-seok, Yoon Hyung-bin, Kim Tae-won and such came by to say their last words to him. Actors Kim Kwang-kyu, Oh Ji-ho and Han Groo also came by. 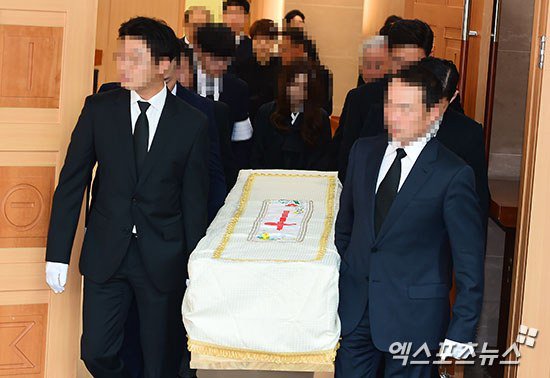 Kim Sung-min became famous with the 2002 MBC drama "Miss Mermaid" and continued to star in dramas, "Flower Fairy", "Fantastic Couple" and more. He also starred in the KBS 2TV show "Dignities of A Gentleman".

Later, he went through some hardships and prepared to be a pop-pera singer while working at his wife's dental clinic. He dreamt of making it back on his own feet but in the end sadly decided to end his own life.

"Kim Sung-min's last walk in tears "
by HanCinema is licensed under a Creative Commons Attribution-Share Alike 3.0 Unported License.
Based on a work from this source