Kim Sung-soo cast in "Can We Love?" 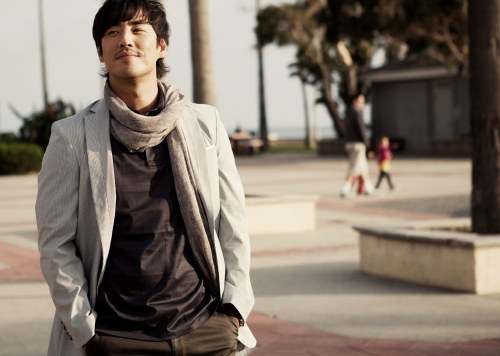 Actor Kim Sung-soo has been cast as the greatest romantic guy in the new JTBC drama "Can We Love??" directed by Kim Yoon-cheol known for the works of "My Name is Kim Sam-soon".

Kim Seong-woo is well known for his good looks, ability as the CEO of a movie company with the gift of speech good enough to convince a group of strict investors. He becomes Ahn Do-yeong who is loved by women. Kim Sung-soo is highly expected to do well in this drama as he is a talented actor who's played in other various roles.

His manly appeal and charisma sought him suitable for the role of Ahn Do-yeong and is expected to cause a synergy affect. Kim Sung-soo said, "Ahn Do-yeong is a character I've always wanted to lay. I hope you feel the true meaning of love while you're watching this".

Meanwhile, "Can We Love??" is a hot drama about three women aged 39 and their bitter lives which they overcome with fun. It will be aired after "My Neighbor's Wife".

"Kim Sung-soo cast in "Can We Love?""
by HanCinema is licensed under a Creative Commons Attribution-Share Alike 3.0 Unported License.
Based on a work from this source