Kim Tae-hee: 'I Wanted Changes in My Acting' 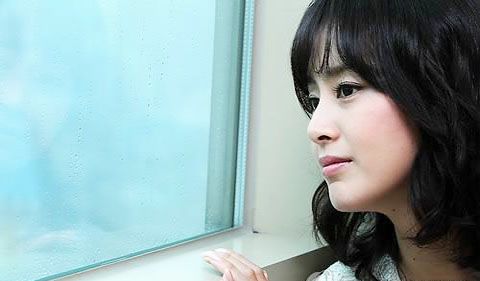 Actress Kim Tae-hee, who played the female jockey Seo Joo-hee in the movie "Grand Prix", has been very busy lately.

In the past, she seldom appeared in many works at once. She explained, "I usually decided on works to appear in after careful consideration before". Even though ten years have passed since her debut, she has appeared in less than ten different works.

Kim Tae-hee debuted by appearing in a TV commercial in 2000, and after that she has appeared in one sitcom, six dramas, and three movies. She said that her third movie, "Grand Prix", in which she played the protagonist, was the first movie she participated in filming with a brand new mindset about acting. In a recent interview held in Insadong, she said, "I used to deliberate thoroughly when I chose works that I would like to appear in before, and I made great efforts in my acting for every single line of the script. But this time, I decided to have a comfortable mindset when acting. And I did not want to have a break before I began the next work. I just wanted to change everything including my attitude toward acting".

At this moment, when she has reached her thirties, she felt she needed some changes. She wanted to abandon her previous image of "TV commercial star who graduated from Seoul National University", which was far from the image of a best actress presenting quality acting.

She wanted to have a turning point in her life by appearing in "IRIS", in which she appeared after a one-year break. She stated, "In the beginning stages of filming the drama, I was desperate. I had a strong image of a TV commercial star, and there had been always criticism about my acting ability. Many people liked me not because of my acting, but because of my appearance. Frankly speaking, I was not recognized as a good actress with good acting ability. I felt a sense of inferiority about those evaluations. I felt pressure strongly about the worry that I would not receive a favorable response as an actress again, even in "IRIS". I gone through all sorts of worries in the beginning when I filmed "IRIS". And at around the last stage, I could feel that people finally acknowledged the effort I put in. I wanted to change my attitude toward acting before, and I could have some hope that I might try to change my acting thanks to the recognition I received by appearing in "IRIS"".

After she finished filming "IRIS" successfully, the director, Yang Yoon-ho, provided an interesting suggestion to her. He suggested Kim Tae-hee appear in his new movie "Grand Prix" as a female protagonist named Seo Joo-hee. Seo Joo-hee has lost her confidence due to an accident that happened during a horse race. She gives up everything and goes to Jeju Island, and there she meets Woo Seok (Yang Dong-geun). She becomes encouraged by his help and challenges herself again by participating in the biggest horse racing championship.

Kim said, "Seo Joo-hee was not a complicated or difficult character to play and she was not an attractive character, either. But, I decided to appear in his movie thanks to the director's enthusiastic suggestion. I felt trust in him accumulated while filming "IRIS", so I just decided to trust him again". 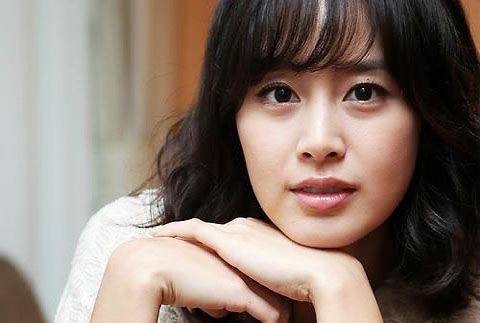 Seo Joo-hee was a jockey who aimed for the Grand Prize, so the ability to ride a horse was the most essential part of portraying the character, and the harmony with a horse was also very important. But, it was not an easy task. Kim had to overcome her previous trauma of falling off a horse that she experienced when filming the movie "The Restless" (2006), which was the most difficult part of appearing in that movie. She said, "I had a huge fear about horses, so I had to agonize over this before filming the movie. I also watched a DVD about a horse entitled 'Lump sugar', and I learned in the epilogue of the movie that cast members had been kicked by a horse and thrown off a horse, and so on. It was like a disaster and I regretted my decision to appear in this movie. When we undertook a Gosa ritual for the success of the movie, I prayed that no one or no horse would be hurt while filming the movie. But, after about a month of filming with horses, I could not help but become attached to the horses. As I stayed with the horses while filming, they even looked pretty and cute to me. And acting with them also was done successfully".

In the movie, actor Yang Dong-geun added rhythms in his lines as if he was rapping, and it looked like his fellow actors would feel difficulty while acting together with him. Kim Tae-hee commented about him, "Yang Dong-geun delivered ad libs which been planned in advance. It looked like that he came up with an ad lib naturally while acting, but actually, he planned it previously and even won the approval by the director, and performed it while acting very naturally. He wrote his own lines, and thanks to that, my lines were reduced" (laugh). Actor Yang Dong-geun played an important part in the movie, but actually, it was not too much to say that "Grand Prix" was a movie only for the actress, Kim Tae-hee. Asked about her feelings after watching the movie, Kim answered confidently, "After the success of "IRIS", I seem to have become greedy about success. After watching the movie, I felt ashamed and sorry for my lack of something. But anyway, people might be able to discover the totally new acting of Kim Tae-hee that could not be found before in any other work".

The movie will be released on September 16, which is right before the biggest holiday season, Chuseok. But six other Korean movies including "Quiz King - 2010", "Cyrano Agency", "A Better Tomorrow", "Enlightenment Film" and "Oki's Movie" will be released concurrently in the same period. Also, the movie must square off against the Hollywood movie "Resident Evil 4" and the animation movie, "Super Bad", which has gained huge popularity in the US. Kim Tae-hee said, "The movie 'A Better Tomorrow' is a blockbuster movie which is a remake of the famous original Hong Kong movie with the same title, and the movie 'Cyrano Agency', whose script I have already read, is a romantic comedy movie with an exciting subject. I worried whether my movie could become successful in competition with those movies, but actually my movie is a very good movie as well (laugh). In addition, I think that my movie is a very good family movie that children and adults can enjoy watching together during the Chuseok holidays. The racing scene of the movie is also very dynamic and exciting".

Kim Tae-hee, who is thirty-one years old, said that she no boyfriend now, but that she wanted to get married before she reached her forties. She added, "Right now, I do not feel inconvenient or lonely about being alone, but I think that I might have to marry someday when I become older. I just want to have a happy life while having fun with my future husband by sharing our positive energy. I am a kind of serious person who sometimes criticizes things. I used to be a positive person before, but I think that my job has influenced me to become a somewhat negative person because I have been criticized so far (laugh). I get my feelings hurt and when I feel better, I get my feelings hurt again. So I want to meet someone who can always put his arms around me to heal my wounds and who can always stand by my side". 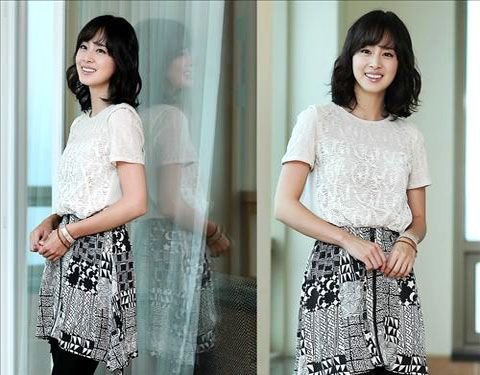 She defined herself as a person who tends to be jealous. She does not have any particular rival, but whenever she sees a good actor and a woman with a perfect figure, she reportedly always pledges to herself that she will try her best even more. She also said that she wanted to keep the nicknames about her such as "Goddess" and "perfect appearance" as long as possible, but more than that, she has huge ambitions about acting. She said, "I want to work with every famous director in Korea and I want to play various characters. I want to become an artist who maintains my popularity and is beloved by many people".

Kim Tae-hee has been reborn as an actress from a TV commercial star. After ten years since her debut, she is dreaming about taking off again as a "real actress", and she seems to have begun enjoying her job as an actress. This is why people have to keep their eyes on her. Kim continued, "When I first performed as a model, everything -- even striking a pose -- was difficult for me and I had been severely scolded. But from the moment when I came to understand the process of filming commercials, I finally began feeling excitement while performing. Since then, I used to feel more excited while filming a commercial and I used to release the stress from acting by participating in producing a commercial. But right now, the set for filming a drama or movie is a much more exciting place for me" (laugh).

"Kim Tae-hee: 'I Wanted Changes in My Acting'"
by HanCinema is licensed under a Creative Commons Attribution-Share Alike 3.0 Unported License.
Based on a work from this source