Kim Tae-hee, confesses about her relationships 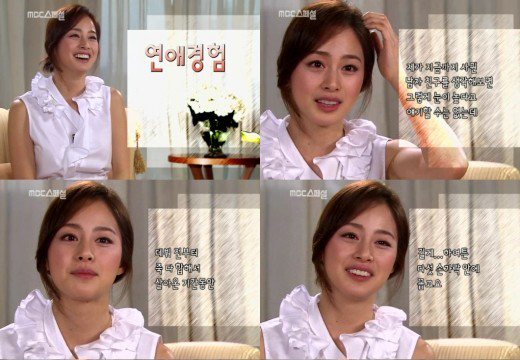 On the MBC Special – "The Rediscovering of Kim Tae-hee" on the 1st, she spoke honestly about the many issues about her acting, marriage with a plutocrat and more.

About her relationships in the past, she said, "I have had maybe 5 relationships or less since before my debut until now. I don't think I fall in love that easily, so when I actually do have a relationship, it lasts a long time".

When the interviewer said her male fans won't stand it, she said, "I think so too. Thinking about the men I've dated in the past, I don't think I have very high standards in men".

Meanwhile, Kim Tae-hee honestly spoke about losing a couple advertisements when the rumor with a plutocrat went around and wasn't comfortable with the way people looked at her.

"Kim Tae-hee, confesses about her relationships"
by HanCinema is licensed under a Creative Commons Attribution-Share Alike 3.0 Unported License.
Based on a work from this source