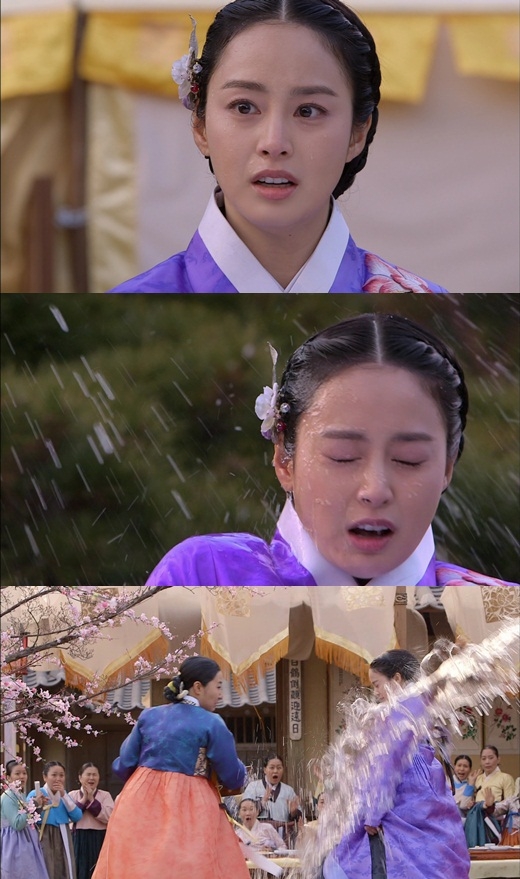 Kim Tae-hee was showered with water during the making of the drama.

Boo Sang-cheol the producer picked a scene where Kim Tae-hee was showered with water as the most impressive scene.

This scene was taken in February in the deathly cold, outside. Kim Tae-hee is splashed with water by Jo Sa-seok's wife (Ra Mi-ran).

Boo said, "Kim Tae-hee had to take it to her face so the water was splashed away from the camera but about 8 NG's occurred".

Netizens say, "The staff might've had a grudge against her", "Did the water avoid hitting her because she's so pretty?" and more.

"Kim Tae-hee makes 8 NG's "
by HanCinema is licensed under a Creative Commons Attribution-Share Alike 3.0 Unported License.
Based on a work from this source