Kim Tae-hee Shakes Up Her Image in New Ad 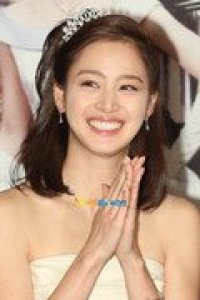 Kim Tae-hee has a new commercial that's rapidly becoming popular on the Internet. The actress performs an unexpected dance scene in the new spot for LG Electronics' Shine TV Phone. The commercial had been talked about in the news before it was even broadcast and it has since became a hot topic among local netizens.

Star News, an Internet newspaper, covered the spot in an article titled "Is that Kim Tae-hee? Check out her dancing". Other web outlets like Sports Seoul TV and Inews24 also picked up the story. More than 160,000 web surfers checked out the spot in the Star News story and another 50,000 viewed it on Sports Seoul TV and Inews 24. The popularity of the clip made those articles the first, second and fourth most-searched video clips on Korean portals.

The clip opens with Kim swaying her body to a music video on a Shine TV Phone. Then she starts moving her hips to the rhythm, and eventually breaks into a full dance sequence that spans the gamut from merely cute to downright sexy. LG says it's the first dance spot for Kim, who usually plays elegant and intellectual roles.

Meanwhile, the market for digital multimedia broadcasting (DMB) handsets is expected to grow to 10 million units now that terrestrial DMB has started nationwide. LG hopes to hold its lead in the DMB handset market with its Shine TV Phone.