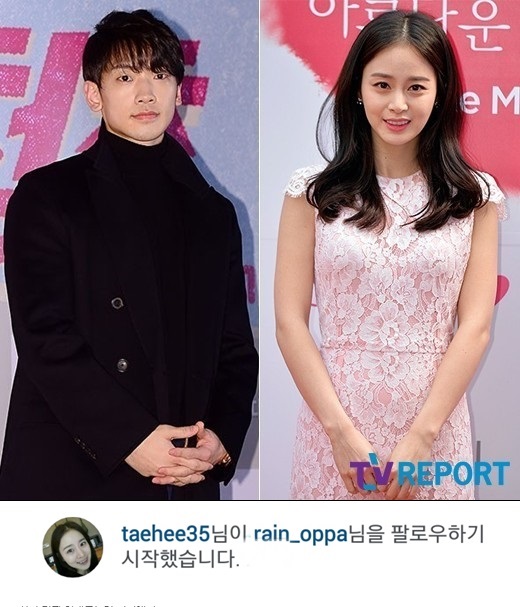 Kim Tae-hee is drawing attention since she started following her boyfriend Rains Instagram on October 25th. However, Rain is yet to follow Kim Tae-hee's SNS account yet. Netizens assumes based on the situation that there is no problem with the relationship between Rain and Kim Tae-hee and their marriage may be impending.

Since Kim Tae-hee and Rain officially confirmed they were in a relationship in 2013, they have been dating openly and also have been rumored to wed soon repeatedly. Last April and August, rumors went around again saying the two would get married within this year. Their agencies denied the rumors and confirmed nothing had been decided yet at the time.

"Kim Tae-hee starts following Rain's SNS"
by HanCinema is licensed under a Creative Commons Attribution-Share Alike 3.0 Unported License.
Based on a work from this source