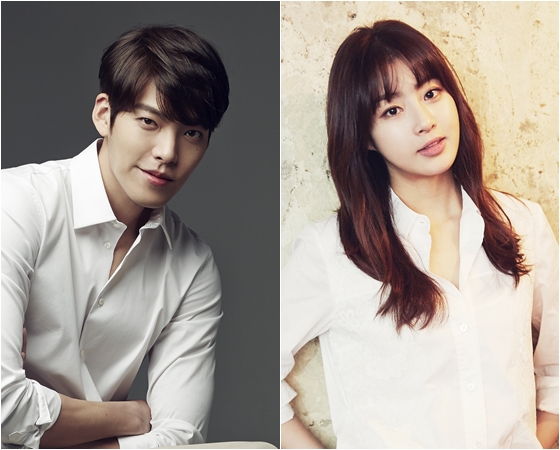 Kim Woo-bin and Kang So-ra are on the final cast list for the leading roles in Hong sisters' new drama.

According to multiple sources from the broadcasting company on February 25th, Kim Woo-bin and Kang So-ra are positively considering their roles for MBC's new Wednesday & Thursday drama 'Jeju Island Gatsby' ("Warm and Cozy"), which is a collaboration between the writers, Hong Jeong-eun and Hong Mi-ran, also known as Hong sisters, and producer Park Hong-gyoon of 'The Greatest Love'.

It is drawing much attention whether or not the two super-hot stars will be able to meet in the new drama: the steadily successful actor, Kim Woo-bin who grabbed female fans' hearts for his role in "The Heirs", and the A-list actress Kang So-ra among the actresses in their 20s, who has proved her acting ability and earned viewers' heart with her desirable traits as an actress.

'Jeju Island Gatsby' ("Warm and Cozy") is a romance drama depicting the youngsters who try to build a new life in Jeju Island away from heartless cities.

Hong sisters were originally planning to write a time travel drama throughout the period of Japanese occupation and the modern days. However, they changed the overall concept and started writing 'Jeju Island Gatsby' ("Warm and Cozy"), of which background is modern days in Jeju Island.

The drama is expected to be the biggest hit in the first half of this year once the young A-list actor and actress Kim Woo-bin and Kang So-ra have decided to join the brilliant team of the Hong sisters and producer, Park Hong-gyoon. The drama is scheduled to start airing in May after the completion of 'Kill Me, Heal Me' and "Angry Mom".