Kim Woo-bin and Suzy on the set of 'Uncontrollably Fond': Filming has begun 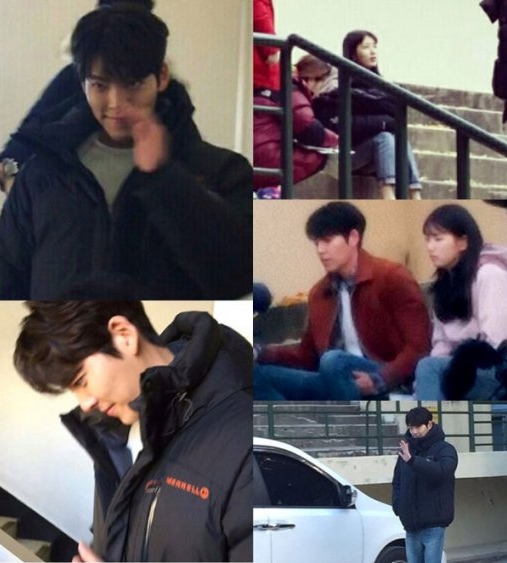 A few behind-the-scenes images from the set of "Uncontrollably Fond" starring Kim Woo-bin and Suzy have been revealed.

On November 26th, the images from their first take for KBS 2TV's new drama, "Uncontrollably Fond" have been unveiled online.

The revealed photos show Kim Woo-bin and Suzy getting ready to begin filming on the set at a university. The good-looking appearance of the couple in the drama is drawing attention.

"Uncontrollably Fond", which is slated to go on air in 2016, depicts the unkind yet ardent love story between a bossy super star and a materialistic and servile producer, who happen to meet again since they were forced to be separated due to their ill-fated relationship.

"Kim Woo-bin and Suzy on the set of 'Uncontrollably Fond': Filming has begun "
by HanCinema is licensed under a Creative Commons Attribution-Share Alike 3.0 Unported License.
Based on a work from this source