Kim Woo-bin could not ignore his female fan's hand 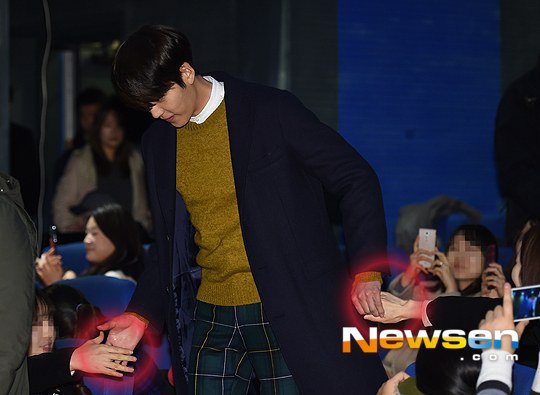 The live talk event of film, ' The Con Artists' took place at CGV Apgujeong, Seoul on December 22 after the preview screening.

"The Con Artists" depicts an unprecedented dangerous business involving the top experts from each area who are proud of themselves with what they are good at.

They skim through skyscrapers to steal a phoenix sculpture worth 500 million won, throw bombs on the jewelers' street to steal 3 billion won diamond and sneak in all over the customhouse of Incheon International airport in order to steal the black money worth 500 billion won, as the film delivers so many spectacular scenes to its audience.