Kim Woo-bin, Kim Soo-hyun and Kang Ha-neul Are Coming Back 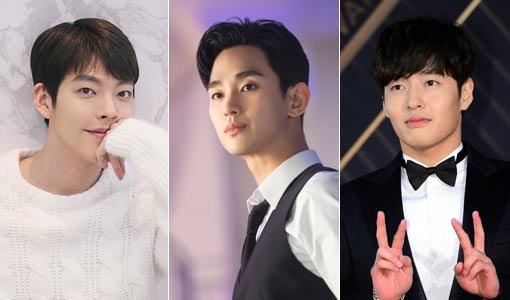 Young blood is coming back this 2020 and they are Kim Woo-bin, Kim Soo-hyun and Kang Ha-neul. As they have been seeking new opportunities out of the spaces they've belonged to since their debut, they are determined to meet the new year.

Kim Woo-bin comes back after a 2 year hiatus. He marks the start with the MBC Special documentary "Humanimal". After he was diagnosed with nasopharyngeal carcinoma in 2017, he has been concentrating on recovering his health and is finally coming back with a 5-episode documentary narration of the life, death and coexistence of humans and animals.

Kim Woo-bin is also going to participate in director Choi Dong-hoon's latest. He said goodbye to the management he's been with since his debut last December and along with the documentary, the actor will be active in dramas and film. He even said personally at his fan meeting on the 8th last month that he'll be back with more news.

Kim Soo-hyun announced his management establishment on New Year's Day and also expressed his intention to plan and produce content beyond acting. On the contrary to many expectations that he would appear in a drama right after his military discharge in July last year, after five months of laying low, he joined hands with his cousin and director Lee Sa-rang (Lee Ro-be), who co-produced "Real", to set up an agency named Gold Medalist. He's even recruited actresses Seo Ye-ji and Kim Sae-ron. Sources announced, "The company plans to promote management and content production with the aim of a comprehensive entertainment".

Kim Soo-hyun created the hallyu boom along with Jun Ji-hyun, his co-star from the SBS drama "My Love from the Star". Expectations for a new start as a hallyu star are also high, as the hallyu wave has been reigniting recently.

Kang Ha-neul's success with the KBS 2TV drama "When the Camellia Blooms" will continue in 2020. He's taking his popularity to the big screen, as he stars in the romantic movie "Waiting For Rain" with Chun Woo-hee.

Kang Ha-neul is first going on stage with the theater play "Fantasy Tale". He won Best Actor at the KBS Drama Awards on the 31st of December and said, "I want every day to be fun" in his speech. He added, "I will be a good person before I am a good actor".