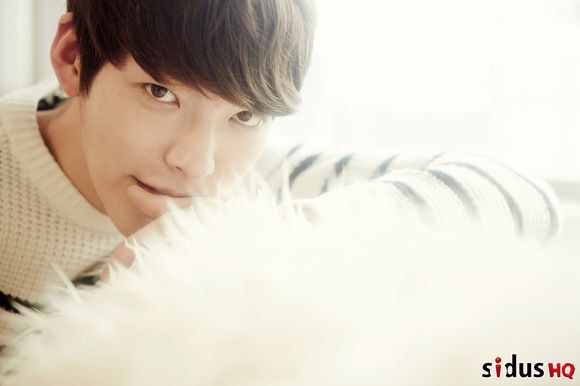 This is his first visit to Thailand but his popularity has allowed footage of his fan meeting to be aired as a special on TV and the local media and fans have high expectations of him.

"CH3 Morning News" is a popular show with a percentage of over 60% in Thailand and it's known for having broadcasted Super Junior, Lee Seung-gi, 2PM and other Hallyu stars.

The Thai MC on this program had nothing but good things to say about Kim Woo-bin after watching the Kim Woo-bin footage.

Kim Woo-bin said, "I heard the MC is a very talented person. I will have my first fan meeting in Thailand but I would also like to meet that MC. It's an honor to see you all like this".

Kim Woo-bin's 1st Fan Meeting in Thailand will be held on the 5th of April and he is busy with the movie "The Technicians".

"Kim Woo-bin's fan meeting introduced in Thailand"
by HanCinema is licensed under a Creative Commons Attribution-Share Alike 3.0 Unported License.
Based on a work from this source