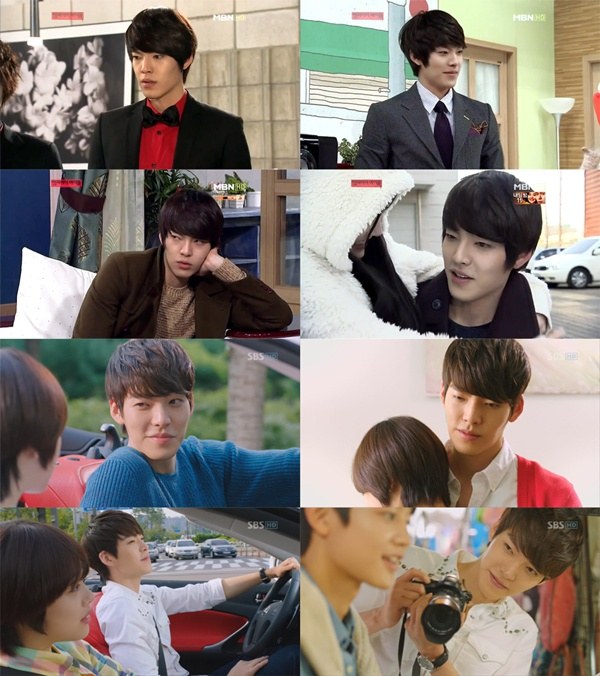 Pictures of Kim Woo-bin's innocent past have been going around.

The pictures are of him from the 2011~2012 MBN sitcom "Vampire Idol" and SBS drama "To The Beautiful You". The images of him from the current "The Heirs" and from then are completely different.

Kim Woo-bin took on the role of a very clumsy vampire in "Vampire Idol" and made an impression with his lines and facial expressions.

He also coupled up with the cute Lee Yoo-bi and was called the 'Woo-Yoo Couple'.

In "To The Beautiful You", Kim Woo-bin appeared as John Kim, a caring and generous character who left a strong impression despite his short scene.

Meanwhile, Kim Woo-bin is starring in the drama "The Heirs" at the moment and is showing a great performance between evil and affection.

Not only that, he filmed the movie "Friends 2" in which he takes on the role of Jang Dong-gun's son Seong-hoon and puts on a charismatic act. He is the new rising star.

"Kim Woo-bin's milder past"
by HanCinema is licensed under a Creative Commons Attribution-Share Alike 3.0 Unported License.
Based on a work from this source